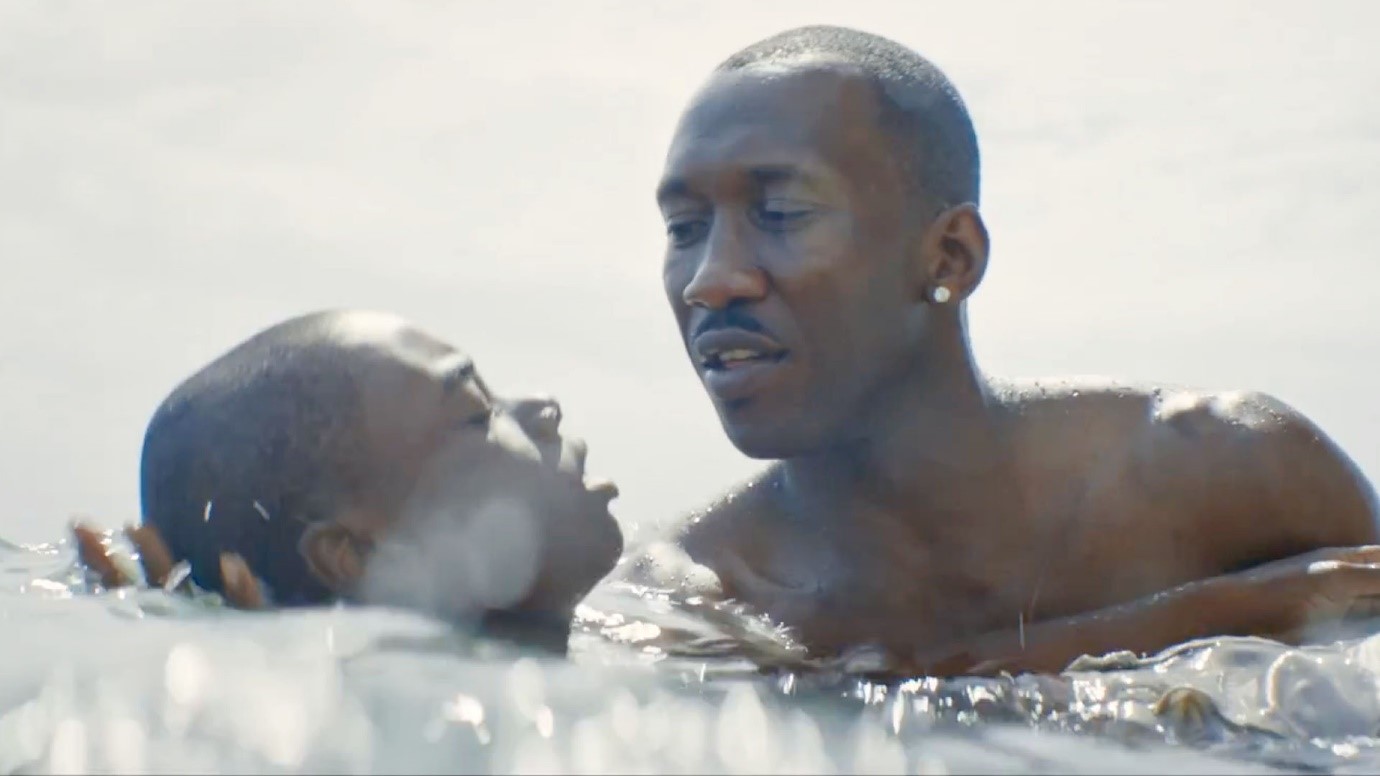 A story in three chapters that chronicles the boyhood, adolescence and young manhood of Chiron, a gay black character growing up in a rough, drug riven district of Miami. Moonlight is an achingly beautiful examination of life that transcends its settings to tell a story we can all find meaning in.

Like pebbles dropped in a pool people fall into our lives creating ripples and waves that shape who and what we are. Moonlight posits that we have no control over not only our skin colour, our backgrounds or sexuality but that we have no control over who will enter our lives and the effects they will have upon us. The themes are universal and through them director Barry Jenkins allows us to explore a life so alien and different to our own yet so similar. What is it that makes us “us”?

Centring your thoughts on Moonlight being a black movie or a gay movie is missing the point, the film asks you to look at your own life and the influences that subliminally and consciously have brought you to the place you are today. And what happens to us if we decide to create our own narrative. Whilst Chiron (in the third and final chapter, Black) has allowed his past to shape his present, Kevin finds his “happy” in, finally, ejecting his past and the people he allowed to shape decisions.

Everything about Moonlight is next level. Universally great performances; beautiful cinematography; understated yet powerful writing; a melancholy, yet uplifting, score and poetic and subtle direction all combine to create one of the most nuanced and (though I hate the term) “Important” movies of the year (or many years, for that matter). Where Richard Linklater’s wonderful “Boyhood” focused on a single life, Moonlight has implications for all our lives.

Saying it is a coming of age movie or a black movie or a gay movie or a “worthy” movie is missing the point. Yes, it is all these things, but those are “parts”, what make Moonlight so special is the “whole”.

Hidden Figures tells the spectacularly fascinating, and yet little known, story of the black women who contributed to the early years of NASA’s space program. Unfortunately, it is told in an utterly pedestrian manner that embraces stereotypes and clichés, it’s like buying the very best ingredients and still ending up with egg and chips for dinner.

There’s plenty of solid work from the central trio of Taraji P. Henson, Octavia Spencer and Janelle Monae, but the movie has so many problems it’s hard to know where to start in dissecting it: tonally, it’s all over the place never sure whether it wants to be serious or amusing; it embraces so many clichés about black people and black culture that it borders on its own racism; it lacks any focus wanting to tell three stories and only really doing one of them any kind of justice (barely any justice at all actually); nobody is ever called to account for their overt or covert acceptance of institutionalised racism and sexism (and even goes so far as to portray all the white characters as nice guys who are simply misguided or absolute straight arrows); about five minutes in you get the first of Pharrell Williams’ faux Sixties soul tracks which continue to jar and annoy throughout the movie.

Add to this, Kevin Costner chewing the scenery (and an endless supply of gum); Jim Parsons attempting to show that there’s more to him than playing a snippy science nerd in The Big Bang Theory (here he plays a snippy science nerd who’s also a bit racist) and a script so shallow you would struggle to get the soles of your shoes wet were you to step in it. It’s everything that was bad about eighties/nineties movies, more Cool Runnings than Selma, less The Right Stuff and more Spacecamp.

Such a shame as the story of these women genuinely needed to be told and admired. Hidden Figures is just not the film to do it. 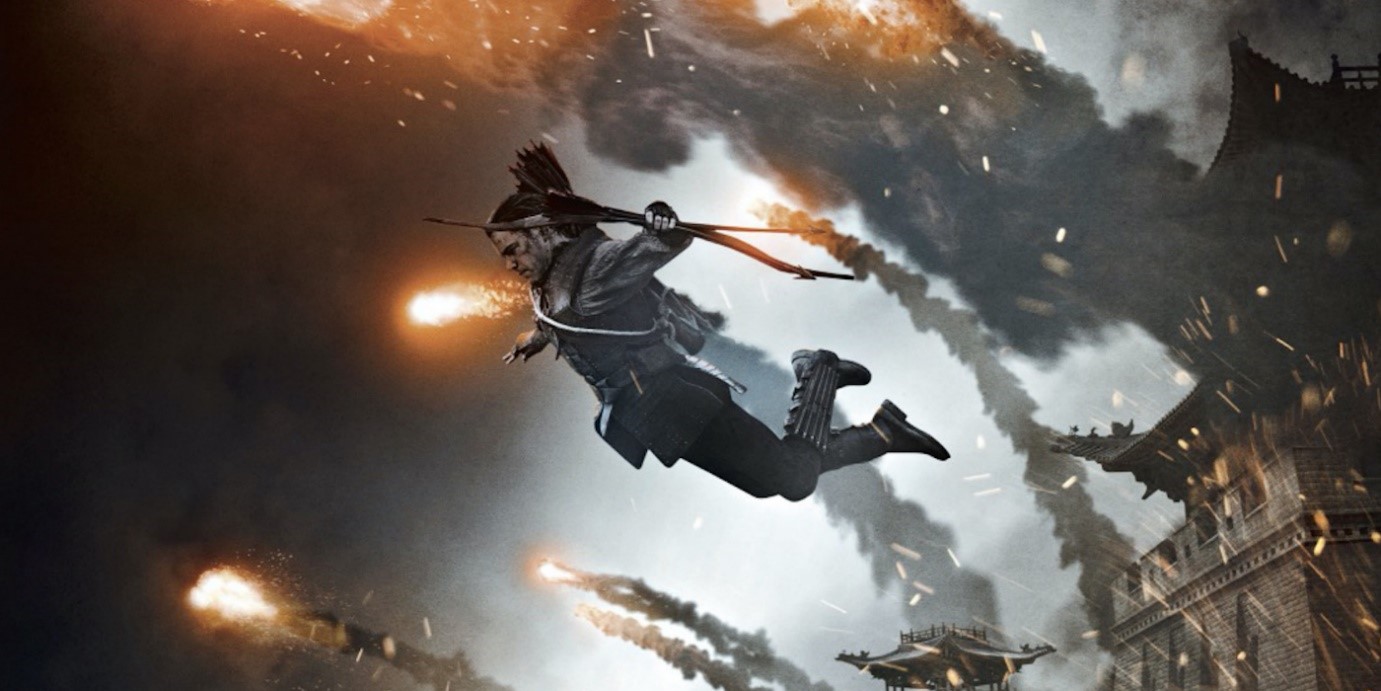 The Great Wall, although beautifully designed, is such a weird mix of generic Western and Eastern action tropes, Chinese mythology and Communist ideology (yes, really) that it’s difficult to understand exactly where it’s coming from.

Matt Damon and Pedro Pascal play a pair of European mercenaries who travel to ancient China in search of the secret of gunpowder, only to stumble upon an ongoing war between men and monsters. Should the pair use the chaos of battle to steal the secret they came for or stay and fight?

There’s plenty to enjoy in the film’s design (including the creatures and the colourful costumes of the oriental army) and original ideas (especially the female warriors who bungee jump off the wall to attack the dragon-like beasts below and the well-thought creature hierarchy), less so in the story or characters. The Great Wall is an okay action movie, no more, no less. It’s only when you scratch beneath the surface it becomes ideologically troublesome.

Made by House of Flying Daggers and Hero auteur Zhang Yimou for the state-owned China Film Group, The Great Wall is pretty overt in its politics, ie the blind adherence to the state in the face of outside antagonism over individualism (interesting to see how that plays in 2017 America). The nobility is buffoonish and incompetent whereas the strength and sacrifice of those who hold the line for the greater good seems like a polemic straight out of a certain little red book. Admittedly it’s one hive-mind versus another, it’s just that the outside one wants to devour the other.

Yimou is a master of composition and large-scale action and, as propaganda, The Great Wall is not short of spectacle or subtlety, unfortunately it lacks enough plot or character depth to make it a memorable cinematic experience.