This, of course, does not mean I don’t recognise their value or, that in any way, I dismiss them as fan-serving fluff. The job of a film reviewer is to try to honestly convey to the reader what they’ve seen up there on the screen, to give a completely unbiased opinion based upon a number of criteria (such as storytelling, direction, acting and technical merits), to be as informed as possible and to try not to bore said reader in the process. Oh, and avoid spoilers… yes, definitely avoid spoilers.

I tell you all of this for one simple reason. I want you to know that Star Wars Episode VIII: The Last Jedi is not just a great Star Wars movie, it is a really, really great movie in its own right: it achieves exactly what it sets out to do and does so in a way that never is boring, flabby or uninteresting; moves its characters and plot forward in a satisfying and, sometimes, moving arcs; it stays true to the series ethos and mythos whilst introducing new and interesting riffs upon them and, along the way, it corrects a course-direction that the prequels (and even The Force Awakens to some extent) managed to muddle and muddy.

Yes, The Last Jedi works… with a few caveats. 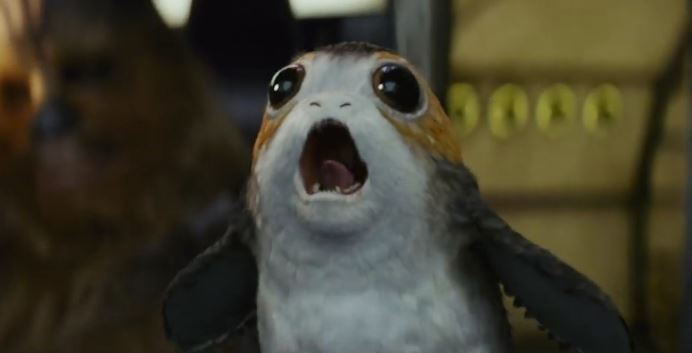 Picking up directly where Episode VII: The Force Awakens ended Rey (Daisy Ridley) has found the now reclusive Luke Skywalker (Mark Hamill) on Ahch-To and seeks answers to not only her heritage but to her place in the universe. The Resistance, led by General Leia (Carrie Fisher), is on the run from The First Order and fiercely outnumbered. New alliances must be forged and old questions beg answers.

So far, so Empire Strikes Back.

Where The Force Awakens was basically A New Hope remastered, The Last Jedi shares a whole heap of DNA with The Empire Strikes Back. But, unlike its predecessor, Jedi manages to shine despite its familiarity and not because of it. It’s the difference between a Woolworth’s Top of the Pops collection and something like Public Enemy’s It Takes a Nation of Millions… (the former being a cover version album, the latter taking the familiar and creating something new and exciting with it). Replace Ahch-To with the Dagobah scenes of Luke’s training; the neo-Vegas glitz of Canto Bight with Cloud City; the shock revelation of Rey’s true ancestry and cliff-hanger ending and you’ve got Empire 1.2. What writer/director Rian Johnson manages to achieve though is something always fresh, sometimes surprising and, ultimately, emotionally satisfying.

I’m desperately trying not to give too much away but I have to address the elephant in the room: That The Last Jedi is the slam-bang in the middle of a three act story and, as such, it struggles to be anything but the set-up for the final chapter. This is a problem that all trilogies face and, though it is probably the best instalment since Empire, it’s difficult to judge it as its own thing. The whole Canto Bight storyline will become clearer in the context of the whole, I’m sure, but here it feels slightly crow-barred in and excessive to the needs of the story despite introducing new characters Rose and DJ and that much needed shade of grey. It’s not that the Canto Bight sequences are bad, far from it, but here they tend to feel like something you’d get in an extended edition dvd rather than an essential part of the story.

There’s also a fear that new elements of the film have been added simply for their merchandising potential than as necessary plot points. I’m thinking specifically about the Porgs (cute rabbit/penguin hybrid critters, plushie-toy-friendly creations coming to a Christmas stocking near you) which add little to the plot but potentially enormous earnings beyond the movie.

The tragic loss of Carrie Fisher hangs heavy over The Last Jedi and it would take a hard heart not to break over her final scene as Leia, a scene that even without the actress’s death would have audiences reaching for the handkerchiefs. It’s the kind of emotion we should have had in the previous episode for Han Solo but were denied through awful writing and direction, but alas.

So, did Star Wars Episode VIII: The Last Jedi make a fan of me? Only for its two and a half hour running time, but during that time I was as thrilled and invested as any fanboy. It’s a transportive experience, the kind that only great cinema can offer and, trust me, this is great cinema. 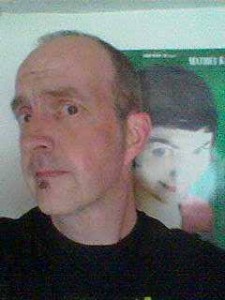 Celebrate, rejoice, rise up and praise –  the festive season has arrived!

This month is full of music celebrating Christmas with a cornucopia of concerts – some crammed full with carols.

Here Comes Christmas is the popular annual concert of music for voices, brass quintet and organ held in the Edwardian splendour of Colchester’s Town Hall. Colchester Choral Society, conducted by Ian Ray, will be joined by children from both Birch Primary and Heathlands Primary Schools and accompanied by organist Dr Gillian Ward-Russell. After the concert there is a chance to pop to the Mayor’s Parlour for some mulled wine and festive treats. Sunday December 10 at 4pm in Colchester’s Moot Hall.

Next Saturday (16 December), Gillian Ward-Russell will be conducting the Maldon Choral Society in a Christmas Carol Concert featuring the choir of Elm Green School.  Saturday December 16 at 7.30pm in All Saints’ Church, Maldon.

Often considered to be the music for Christmas, Handel’s popular oratorio, Messiah, is sung in full or part at this time year. On Saturday 9 December, the Choir of St Mary’s Maldon will be joined by its favourite orchestra, Pegasus Baroque, in a full performance of the famous oratorio conducted by Colin Baldy. The performance is on Saturday 9 December at 7.30pm in St Mary’s Church, Church Street, Maldon. CM9 5HP.

Also on Saturday 9 December Philip Smith will be directing the St Botolph’s Music Society Orchestra from the keyboard in music by J S Bach. Scarlatti’s Christmas Cantata and the world premiere of Nativity Thoughts, composed by the Society’s founder Colin Nicholson, will be performed by the society’s choir and orchestra.  Saturday December 9 at St Botolph’s Church, Colchester from 7.30pm.

Conductor Patrick McCarthy and his orchestra, the Colchester Philharmonic, will be accompanying Christmas concerts on the next two Saturdays.  On December 9 they will be at Witham Public Hall with Witham Choral presenting Sing Christmas! at 7.30 p.m. including excerpts from Messiah, audience carols and Vaughan Williams’ Fantasia on Christmas Carols with baritone soloist Alastair Merry.

On 16 December the Harwich & Dovercourt Choral Society will perform Messiah Part One with mezzo Elaine Henson and famous carols by Holst and Rutter plus carols for audience. The concert starts at 7.00 p.m. in St Nicholas’ Church, Harwich.