Two of the most well-known composers of Catalan music from the last century are Enrique Granados and Isaac Albeniz.  On Thursday 6 August at 12.30pm, Peter Dollimore presents a concert of this style of piano music in St Peter ad Vincula, Coggeshall. Lunchtime concerts start at 12.30pm.. Light lunches available from 12 noon.

On Sunday 9 August at 2.30pm Illyria Theatre Company returns to the beautiful walled gardens at The Minories, Colchester for Gilbert and Sullivan’s comic opera, Iolanthe, set half in Fairyland, half in Westminster will be performed. In typical G & S style, its surprisingly topical satire pokes fun at love, class, politics and how those from different backgrounds form uneasy relationships. All llyria productions are performed by a reduced cast with live piano accompaniment. Having seen Mikado at the The Minories a couple of years ago I can highly recommend Illyria Theatre productions of Gilbert and Sullivan. Iolanthe will be staged outside with some unreserved seating, so be prepared for an outdoor performance! Sunday August 9 at 2.30pm.

Colchester Town Hall’s majestic Edwardian organ in the magnificent setting of the Moot Hall has been recently renovated to its former glory.  The inaugural ‘Organ Fest’ a series of four lunchtime concerts, began with organist Dr Gillian Ward Russell on Tuesday 21 July.  The final concert is on Tuesday 11 August when Andrew Cantrill performs Vaughan Williams’ Fantasia on ‘Greensleeves’ and Walton’s Coronation March ‘Orb & Sceptre’. Full details on the restored organ and all the organists involved in this mini-festival can be found at www.moothallorgan.co.uk. Colchester Town Hall, High Street, Colchester.

Admission is free to the Organ Fest recital with a retiring collection for the Mayor’s Charities.

Summer Lunchtime concerts were recently launched at St Botolph’s, Colchester on 22 July and continue until 23 September. This month there is a Harp recital on Wednesday August 19 with performances by Louise Binks and Maria Creasey.

Roman River Festival – The Glories of the Moot Hall Organ

Tickets are now available for The Glories of the Moot Hall Organ – the Roman River Festival’s first ever organ recital. Young organist Tom Bell presents a varied programme including music by Bliss, Bridge, Duruflé and the winners from the Pipeworks competition (John Furse’s Moot Points and Mark Bellis’ Graduation Toccata). During the concert Tom will accompany the Colchester Chamber Choir in some popular music including Fauré’s Cantique de Jean Racine. Sunday 27 September, 5pm, Colchester Town Hall. Tickets: £12 (01206 729356). The Roman River Festival (17 September – 4 October) covers a wide range of music and actively encourages anyone under the age of 30 to enjoy concerts.

Last but not least, do dip into the greatest Classical Music festival on earth, the BBC Proms: an eight-week summer season of classical music concerts held predominantly in the glorious Royal Albert Hall and available on TV, Radio and the iPlayer.

Yasmin was last heard in Colchester in 2008 as soloist in Grieg’s Piano Concerto.  Since then she has performed at various concert venues worldwide and recovered from surgery to her left hand.   The first half of the concert will be solo piano music and after the interval Yasmin will be joined by the highly regarded international cellist, Yelian He.  Saturday 22 August at 7.30pm, St Botolph’s Church, Colchester.

Admission is free with a retiring collection.

The same venue continues its Summer Lunchtime Concert series with a recital of Harp Music with Louise Binks and Maria Creasey. Wednesday 19 August at 1pm.

Admission is free with a retiring collection. 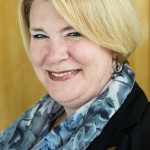