In January 2016, Laura van der Heijden, BBC Young Musician of the Year 2012, performs Haydn’s Cello Concerto in D with the Colchester Symphony Orchestra conducted by Chris Phelps. Laura gave her debut performance with this orchestra in 2013 in a breath-taking reading of Dvorak’s Cello Concerto. The following year she returned to perform the achingly beautiful and emotionally demanding Cello Concerto by Elgar. Having heard her at both of these concerts I can imagine that there will be high demand for tickets. Saturday 16 January at 7.30pm in St Botolph’s Church, Colchester.

Laura van den Heijden began playing the recorder at the age of 4, achieving Grade 8 Distinction in both Cello and Piano by the age of 10!  Since becoming the BBC Young Musician of the Year, Laura has performed regularly as a soloist with a range of prestigious orchestras, including the Royal Philharmonic, the English Chamber Orchestra, and the London Mozart Players.

On Saturday 30 January, the University of Essex Choir accompanied by the London Handel Orchestra perform Mozart’s Requiem. Composed during the last year of Mozart’s life it is one of his most popular works, although the question of how much of the music Mozart managed to complete before his death and how much was later composed by Sussmayr or others is still debated. Ivor Crewe Lecture Hall, University of Essex. Saturday 30 January 2016 at 7pm. 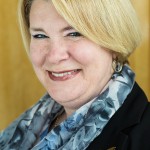