A spin-off of the Harry Potter film series, Fantastic Beasts and Where to Find Them is a fantasy film directed by David Yates,  inspired by the book of the same name by J. K. Rowling. 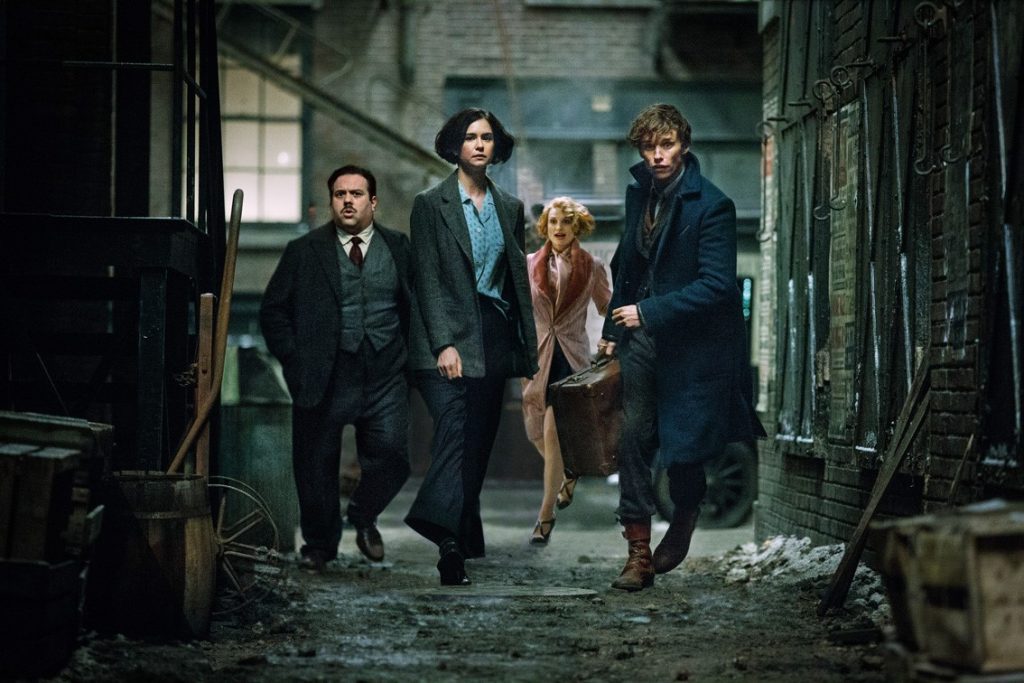 Here’s a question for you: How do you follow up the Harry Potter series, one of the most successful and acclaimed literary and cinematic creations of all time? Do you…

I think it’s pretty obvious which choices most Hollywood movie studios would usually opt for, given their obeisance to the Law of Diminishing Returns and a general fear of dipping their toes into unknown waters. Thankfully, and due in most part to author J.K. Rowling’s refusal to loosen her grip on the reins of her creation and seemingly boundless imagination, we are treated to the third option. And what a treat Fantastic Beasts and Where to Find Them is. 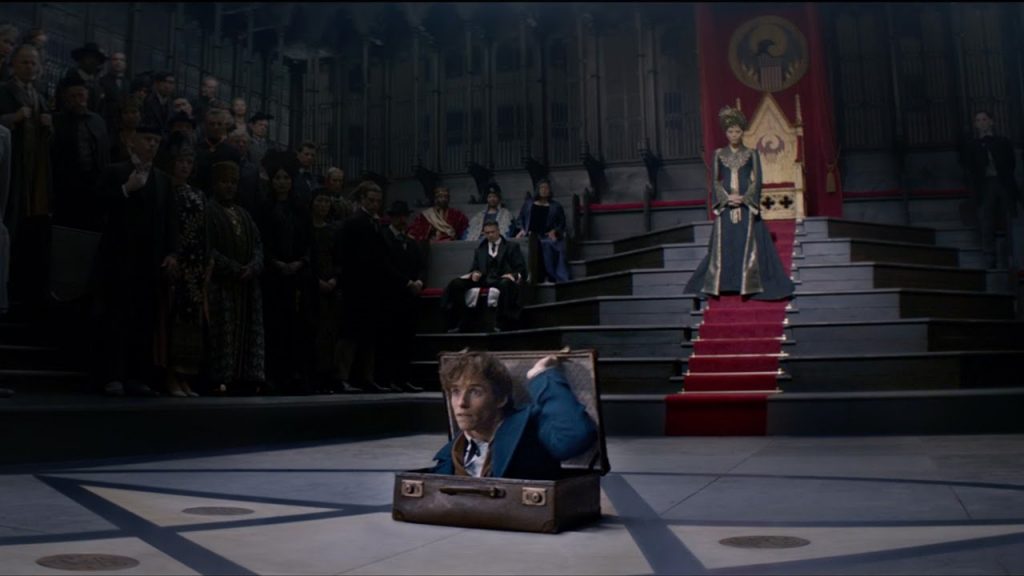 Set in a fabulously realised 1926 New York, Fantastic Beasts finds Magizoologist Newt Scamander (Eddie Redmayne) making a quick stopover whilst on his quest to find and catalogue all the world’s magical animals. Newt carries with him a magical, Tardis-like suitcase in which he keeps his ever-expanding menagerie of beasts but a mix-up in a bank with a No-Maj (American parlance for “Muggle”), Jacob Kowalski (Dan Fogler) results in chaos and the escape of the bag’s inhabitants.

Newt and Jacob attempt to recapture the beasts as surreptitiously as possible, which is to say they absolutely fail at the “Surreptitious” part. They are joined in their endeavours by former Auror Porpentina Goldstein (Katherine Waterston) and her telepathic, breathy bombshell sister Queenie (Alison Sudol), but the bedlam the quartet creates brings them under the unforgiving spotlight of the MACUSA (the Magical Congress of the United States of America, the US equivalent of the Ministry of Magic) and their Chief of Secret Police Percival Graves (Colin Farrell).

What it lacks in central plot Fantastic Beasts more than makes up for in its world building. Setting the film in Jazz-Age New York adds relevance and poignancy, a surface world of excess and flamboyance whilst austerity and intolerance bubbles just beneath, the city is cold and dark, seething with mistrust and pamphleteers call for a “Second Salem” (two centuries after the infamous Witch trials). American wizarding hides itself and enforces its laws with a fascistic iron fist: no mixing of cultures; inter-racial marriage an unforgiveable sin. There’s echoes of Runyan and Fitzgerald but they’re faint and only there if you’re willing to look hard enough. There’s also a smirking son of privilege running for Congress, supported by his father’s fortune, take from that what you will.

Remember that Fantastic Beasts is the first part of a five-part movie cycle which, kind of, gives it a pass: the introduction of fascinating characters, some of whom you’ll love, some of whom you’ll despise and the world building gives the viewer plenty to enjoy, digest and look forward to. There’s a lot of setting up of things that will be more important in future, a lot of exposition and the film misses the mark slightly by not having an immediate threat (just an introduced one in the form of Gellert Grindelwald – Potter fans will understand the significance of this character, casual viewers, though, are left in little doubt), but such is the way with first episodes.

The film is immaculately cast and Eddie Redmayne is immediately adorable as the bashful and twitchy Newt and seems born to the Potter Universe. More than able support is offered by Waterston’s pragmatically heroic Portentina, Alison Sudol fizzes as the peppy Queenie and Fogler’s bumbling, fumbling, loveable Kowalski makes for a great comic sidekick. Colin Farrell captivates as the husky Percival Graves but, unfortunately, the film undersells his worth and squanders his character. It’s one of the few bum notes in the movie, though not as glaring as the “Ta-Dah!!” appearance of a certain superstar. Honestly it’s such a gurning misstep I’m still cringing at the very thought of it.

There’s two great elements of Fantastic Beasts I haven’t mentioned yet, the creatures and the design. From the Niffler (a kleptomaniac echidna) to the Erumpent through the Thunderbird, the Swooping Evil, the Graphorn and others, they are all beautifully realised and amuse, terrify and fascinate in equal measure. I suspect it will not only be the youngest of fans who will wonder at the magical menagerie with open mouthed awe. Enjoyable as the creatures are, there is as much pleasure to be had in the overall design of the movie from the on-point costume design to the stunning recreation of Jazz-Age New York. This movie is a feast for the eyeballs.

Director David Yates, who helmed the last four parts of the Harry Potter series, keeps the movie moving along at enjoyable clip despite a few static moments and the afore mentioned “Superstar” reveal. The script and story comes from a first-time screenwriter, though when said person happens to be Joanne Rowling you know Fantastic Beasts is in safe hands. Rowling is a consummate storyteller and everything here plays out in service of a bigger picture you suspect she already has in mind, whilst providing an exhilaratingly fun ride for this chapter’s 133-minute run time.

Potter fans will love it. The casually interested will enjoy it. Maybe it doesn’t quite do enough to convert the sceptical, but it has a helluva lot of fun trying.