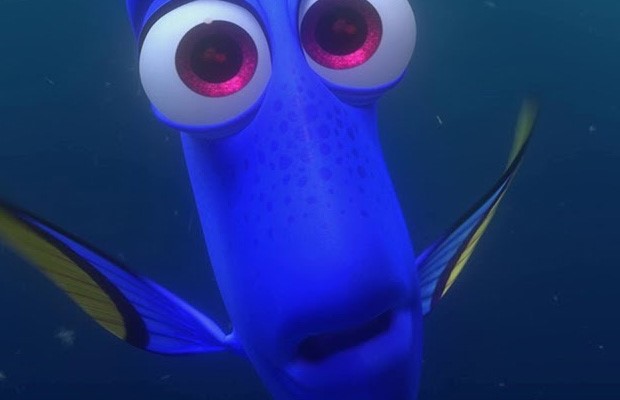 Finding Nemo was a pretty great movie, from the emotionally devastating beginning to its uplifting and exciting finale; it was stuffed full of great characters; there were plenty of laughs and a few tears; oh, and it was beautiful to look at, really, really beautiful.
Dory, the big-hearted Blue Tang with short-term memory loss (voiced by Ellen DeGeneres) was a terrific sidekick, but the idea of basing a whole movie around her? I’m not afraid to say I was more than a little sceptical about the idea, I was worried she might just get a little, um, annoying.
Turns out, I was wrong (not for the first time). Dory is a terrific central character, full of warmth, heart and bravery, a fully realised, emotionally vibrant protagonist whose journey every bit as heart-warming and heart-breaking as any Pixar has offered up before. 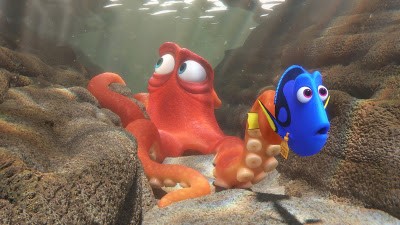 It’s such a shame that Finding Dory falls apart in the second act when it moves from the open ocean to an aquarium.
When a memory is sparked by the migration of hundreds of stingrays, Dory sets off in search of her family only to fall into the hands of some well-meaning marine biologists, Marlin (Albert Brooks) and Nemo (Hayden Rolence) in pursuit. Dory ends up in an aquarium/fish hospital from which she enlists the aid of a cranky septopus (a seven limbed octopus wonderfully played by Ed O’Neill), a short sighted whale shark (Kaitlin Olsen) and an echo-locationally challenged Beluga whale (Ty Burrell).
Finding Dory begins with a series of flashbacks that lead up to Dory’s first head-on meeting with Marlin and then Finding Nemo happens. The opening scene itself is beautifully touching as Dory’s parents (Eugene Levy and Diane Keaton) try to teach her coping mechanisms for her short-term memory, parents of special needs children will no doubt recognise the small triumphs and the struggles portrayed here.
The problems begin to appear as Dory first remembers that the aquarium is the place she was raised and tries to get from one pool to the next and then the next and so on. Then she tries to escape, which basically involves trying to get from one pool to the next to the next. Meanwhile, Marlin and Nemo are trying to break into the aquarium which involves… well, you get the idea by now. It’s all a bit frantic and, as a consequence, character development suffers, especially for Destiny the whale shark and Bailey the beluga. There’s just too many set pieces and not enough story and by the time you get to a highway car chase (yes, really), it’s all a bit tiresome and exhausting.
It’s a shame because there’s a lot to enjoy and some great comic relief characters like two sea lions played by The Wire alumni, Idris Elba and Dominic West, and a seriously freaky-weird bird called Becky. Ed O’Neill is great as Hank, the escape obsessed septopus, snarky and broken-hearted by turns. A couple of old friends return, there’s cameos by the seagulls and Sigourney Weaver, but not enough of the sea otters (seriously, you can never have too much sea otter “Cuddle party” action).
Dory isn’t as funny as she was in Finding Nemo, but that’s okay, it allows DeGeneres the space to go deeper into the character and note-perfectly plays sad resignation and childish excitement.

Listen, Finding Dory isn’t a bad film, at times it’s really, really good and less demanding audiences won’t complain too much at its repetitive, hyper final two acts. The problem is that Pixar have set the bar so high with so much of their output that it’s really noticeable when they dip slightly under it.

Oh. And if nothing else Finding Dory is really, really beautiful to look at.