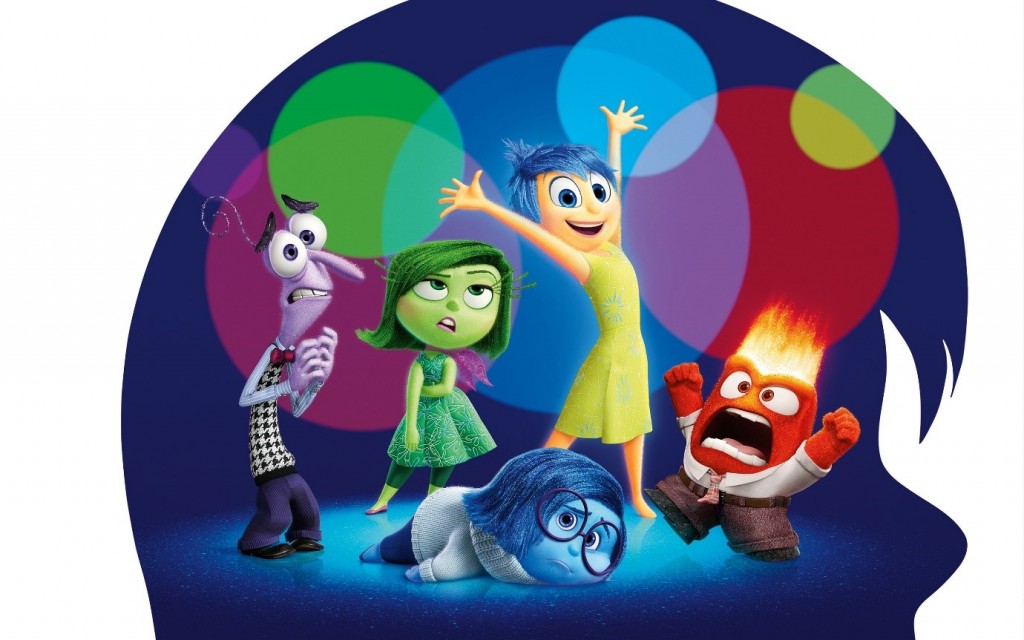 Inside Out is really, truly great.

Riley (Kaitlyn Dias) is a 12 year old girl uprooted from her home and friends in Minnesota when her father (Kyle MacLachlan) has to move the family to San Francisco. Her new world is strange and frightening; a new house, a new school with new, unfamiliar kids; a new family dynamic. That’s the basic set-up, but inside Riley’s head there’s a whole other movie playing out. Inside Riley’s head there are five emotions helping guide her through life: Joy (Amy Poehler), the first emotion she ever felt and also the most dominant one; Sadness (Phyllis Smith), whom Joy tries to keep to the shadows of Riley’s sunny headquarters; Anger (Lewis Black), Fear (Bill Hader) and Disgust (Mindy Kaling) round out the quintet trying to keep her happy, safe and productive. The emotions also collect Riley’s experiences and file them in her memory, making sure each memory is uncontaminated by any of the four other companions. When something goes catastrophically wrong at HQ, Joy and Sadness are whooshed off to the memory banks leaving Fear, Anger and Disgust in control until the other two can find their way back and restore emotional balance.

Riley must stumble through her day, her only responses to the world being afraid, angry or snarky while Joy and Sadness travel the length and breadth of her mind to get back to HQ. And what a landscape Riley’s mind is, from Long Term Memory Storage to Imagination Land through the Dream Factory via Abstract Thought. Along the way they meet Riley’s forgotten imaginary friend, Bing Bong (Richard Kind), a kind of pink candy floss elephant who cries wrapped candy tears and acts as their guide. Bing Bong is an all-time great character, one of the best Pixar have ever created, so when… well, never mind, I don’t want to spoil this movie for anyone. Every place the trio visit sheds new light and understanding on how our own minds work, a staggering achievement and a breath-taking concept for a cartoon – it works so well that you might not even be consciously aware of what it’s doing. 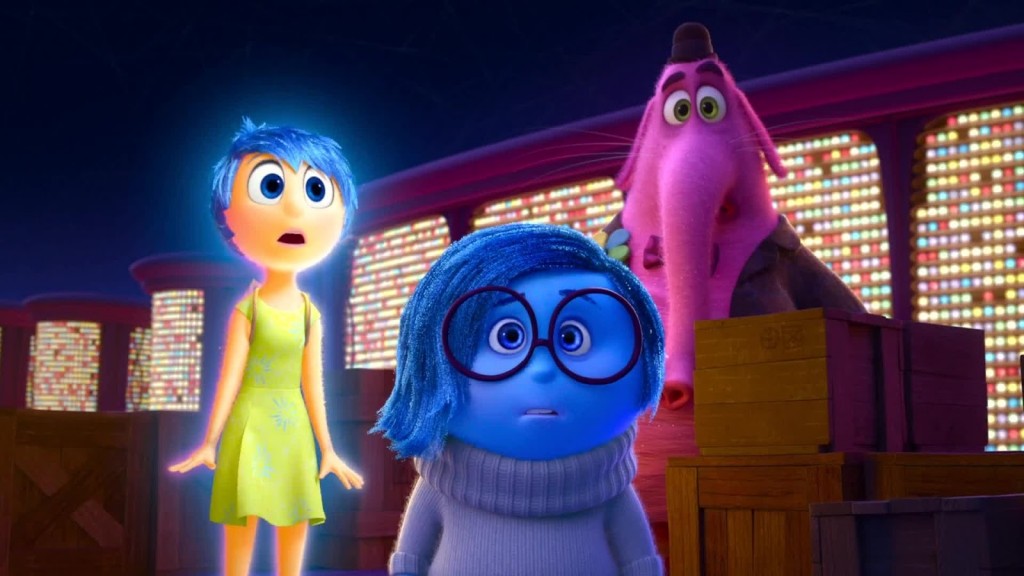 Inside Out is up there with Pixar’s best movies, I’d even go so far as to say it’s actually the best! Big statement, I’ll explain: Inside Out is easily the most exciting, intelligent, inventive and ambitious movies the studio have ever made; on an emotional level it’s never cheap or maudlin, it’s deeply affecting, imagine a whole movie that has the same emotional punch as the first tem minutes of Up; the stakes are the lowest Pixar have ever laid out before us: a young girl’s happiness; the stakes are the highest Pixar have ever played out before us: a young girl’s happiness; nobody’s life is on the line but a young girl’s whole life is on the line.

At one point we get to see inside Riley’s parents’ minds and we realise that Joy doesn’t necessarily have to be the dominant emotion, Riley’s mum (Diane Lane), for instance, has Sadness as her dominant one and we understand that this is the emotion that gives us empathy, the ability to understand the feelings of others. It’s almost a throwaway moment but, in the wider picture, it’s one of the film’s most important messages: Sadness is good and helps us understand the way others hurt, we need sadness in our lives. It’s a simple, almost revolutionary, message that, like all the best moral messages, is true because it’s so simple.

Have I made it sound like Inside Out lacks laughs? It doesn’t. It’s really, really funny, there’s great comedy performances from some top level talent. The characters are cute and unforgettable and the animation sublime. You’ll laugh, you’ll cry, you’ll be glued to your seat. The late, great film critic, Roger Ebert, called cinema an Empathy Machine, Inside Out is an Empathy Interface, you need to interact with it, Inside Out is certainly not designed to be a passive experience. Plug in.

Directors Pete Docter and Ronaldo Del Carmen have created a beautiful, deceptively simple must-see movie that you’ll come out of a better person than you were when you bought your tickets. That, for me, is why we should be talking about Inside Out as one of The Greats.

By the way, the BBFC have rated Inside Out as a “U” certificate. That means it is suitable for everyone. Everyone should see Inside out. Every living person on the planet. It’s that good. It’s that important.