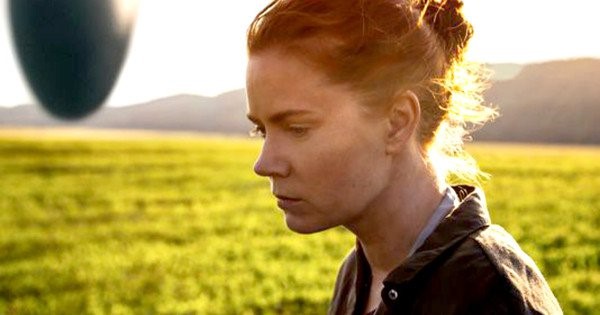 When twelve mysterious, monolithic objects appear at random points around the Earth, the race is on to find out why they are here: is this an invasion? A warning? A gift? A precursor to war?

That is the conceit at the heart of director Denis Villeneuve’s provocative, thoughtful and (at times) stunningly beautiful new sci-fi film, Arrival, and to tell you too much more about its plot would wander into the territory of spoilers. I shall attempt to review it without giving too much away but, in case you’re worried, know this and read no further: Arrival is not just one of the best science fiction movies since Spielberg’s Close Encounters of the Third Kind, it is one of the best movies of the year.

Still with me? Good. I’ll tread as carefully as I can. Promise.

The objects are so alien when they appear that their purpose is completely unknowable. They float just feet from the surface like giant sky-written exclamation marks or (from certain angles) like enormous chocolate orange segments. There are no observable means of propulsion, no cockpit, no weapons, no clue as to what they are or why there’re here. Governments around the world gather academics to discover their purpose: physicists, engineers, code-breakers and linguists alike are charged with the seemingly impossible task. 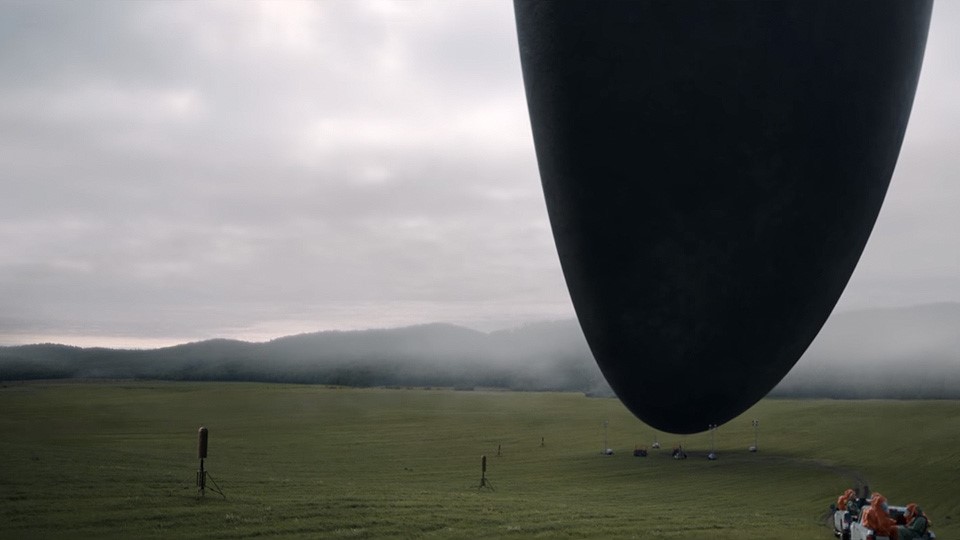 US Army officer Colonel Weber (Forest Whittaker) brings together a team including physicist Ian Donnelly (Jeremy Renner) and linguist Dr. Louise Banks (Amy Adams) to decipher the meaning of the wedge hanging unfeasibly above the Montana landscape. It turns out that a door in the base of the object opens every eighteen hours, allowing access to the inhabitants and the chance to communicate.

Arrival doesn’t baulk at showing the aliens and we get to meet them very early, mammoth, seven-limbed, intimidating beasts that move through their atmosphere like elephant-sized squid. Their language is so alien and complex that Banks quickly realises it is only through the written word that we will be able to communicate, if only we can work out their alphabet, grammar and the limitations of translation.

It’s a movie featuring solid but seldom flashy performances by the central trio of Adams, Renner and Whittaker, which is not in any way a criticism more another attempt to avoid spoilers (revealing anything more would likely hint at the movie’s remarkable denouement). Beautifully shot by cinematographer Bradford Young, Arrival is frequently breath-taking, occasionally abstract and builds tension and character with oblique lighting and strikingly vivid splashes of unexpected colour against the desaturated environments.

As with all the best science fiction, Arrival holds up a mirror to the viewer and the viewer’s world finding allegory and metaphor without sacrificing story, character or intent by pushing it in your face. Villeneuve has already proved he is a master of the subtlety of theme with the excellent thriller Sicario, a film about how men use sex to maintain power skilfully hidden within a drug war narrative. Here Villeneuve explores how cognitive linguistics shape our understanding, and limit our perceptions, of the world about us and cultural differences. It’s heady stuff that has led to some reviewers claiming that parts of the narrative are misleading and unnecessarily tricksy, but that’s missing the whole point of the movie.

Arrival is a movie for people who enjoy taking their brain to the cinema, who love to think through movies for many weeks after viewing, who like to dissect, discuss and argue. Don’t expect gung-ho heroics, laser beams and the destruction-porn of landmarks a la Roland Emmerich or Michael Bay, this is a film about understanding not xenophobia, it’s about the world today and the hope of what the world could be. It’s a ferociously smart movie and one, I hope, we’ll be talking about for a long time to come.