We can count ourselves lucky at Colchester 101 that our resident movie critic has written this review of Pete’s Dragon as he wasn’t expecting to like it. Instead he loved it. 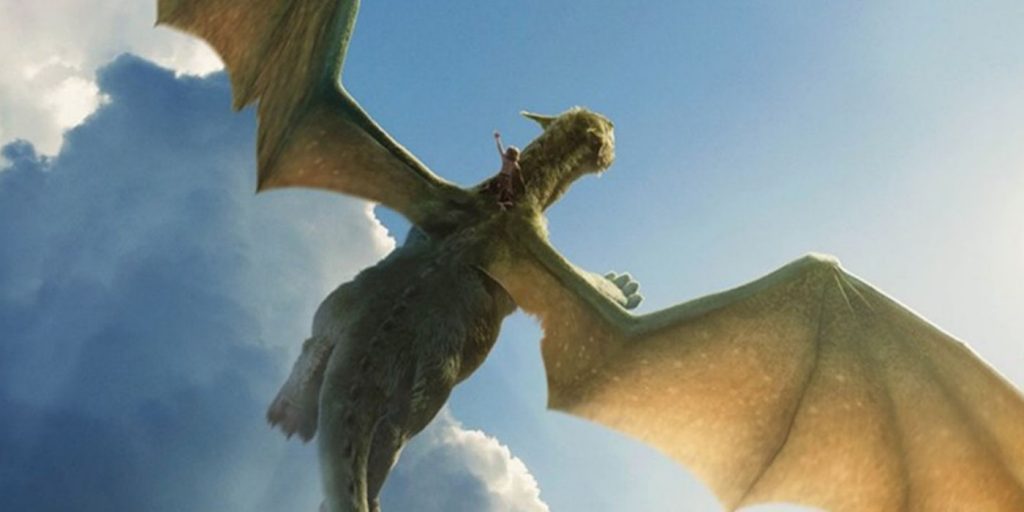 It was a very different person who walked out of the darkened cinema to the one that went in. A grumpy, middle-aged cynic took his seat for the remake of Disney’s underwhelming Pete’s Dragon, a cutesy-cute confection of a kid’s film from that studio’s doldrums years; it was a small child, heart full of hope, joy and the possibilities of an unlimited imagination, cheeks still damp from tears, that emerged into the bright Summer sunshine 100 minutes later.

Pete’s Dragon is an absolute gem of a movie, a family film that is enchanting, beautiful, terrifying, funny, glorious. In short, it delivers everything that the very best of cinema promises: it lifts you up, carries you on a journey and leaves you way up high with emotions, characters and story that will live long in your heart.

The film opens with five-year-old Pete and his family heading out for an adventure in America’s densely forested Pacific North-West. Pete is sat in the back of the car reading Elliot Gets Lost when a deer wanders into the road resulting in a devastating crash that kills his parents. Young Pete crawls from the wreckage his picture book in hand and wanders off into the forest. Things go from bad to worse for our young hero when he is set upon by a pack of ravenous wolves, but then a huge, lumbering form intervenes and saves the child from a horrific death a great, green dragon, its shaggy fur bristling with anger and menace. When the child places his hand on the dragon its fur changes from dark to a light, friendly green and I think this was the moment I fell in love with not only Elliot (as Pete names him) but also with the film itself. 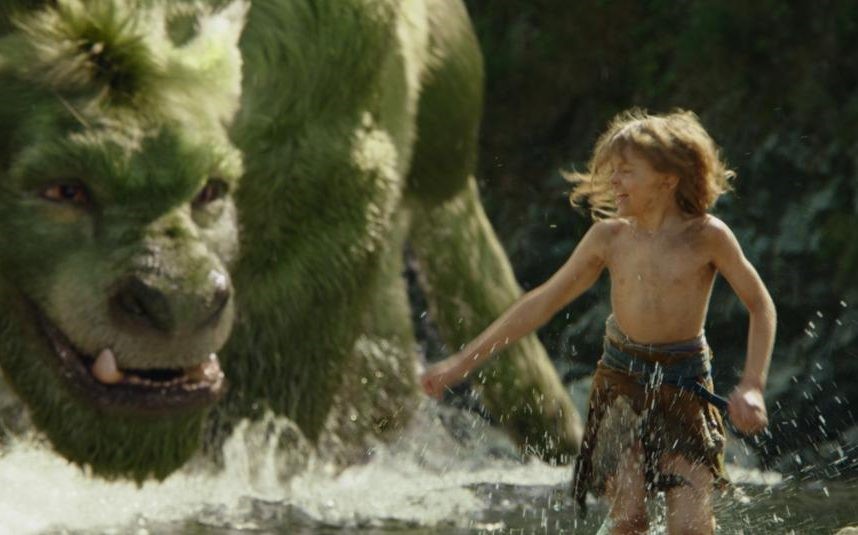 We then skip to six years later and civilisation begins to encroach upon the idyllic, fun existence the boy and his dragon chum enjoy, loggers are clear-cutting the forest in which the pair have played, romped and flown. Only park ranger, Grace (Bryce Dallas Howard) and her kindly old dad, Meacham (Robert Redford) stand between the loggers and the destruction of the wilderness, but this is further complicated by the fact that Grace is engaged to Jack (Wes Bentley), the owner of the logging company responsible. Jack’s brother Gavin (Karl Urban) is determined to push further and further into the forest and cutting as much as possible and it is here that he encounters the now feral Pete (Oakes Fegley).

Pete is the boy many of us wanted to be, tough, self-sufficient, effortlessly athletic, brave and living his life and adventures with his very best friend. Oakes Fegley is yet another wonderful find in a year stuffed with great child actors, especially in the moments where he realises the other side of the fantasy – the loneliness, fear and isolation, the pull of reality and that first pre-teen love (provided here by Oona Lawrence, Jack’s snappy, street-wise daughter Natalie). 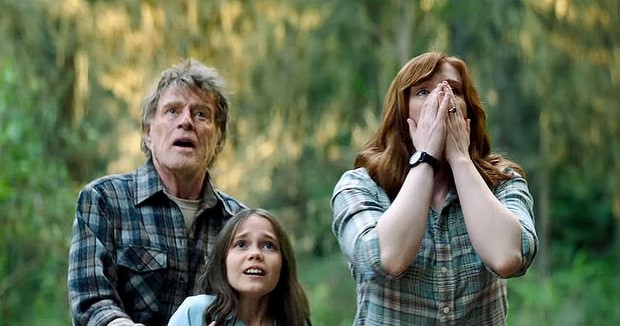 It’s a great cast and everybody gives nothing less than their best, especially Karl Urban as the movie’s villain, Jack. Whereas the big bad of the original was a two-dimensional cartoon baddie played by Jim Dale, Urban plays Gavin with nuance and depth, a deeply wounded man who is just doing what he believes must be done. And it’s always great to see that winning twinkle in the eyes of Robert Redford.

But it’s Elliot who’s the standout character. Maybe not every shot of him is perfect but every shot he’s in is perfect. With his big eyes, wonky under-bite, stumpy legs and bright green fur it’s impossible not to love him. He’s silly and sad (sometimes in the same scene), exuberantly full of life and love for his forest and for Pete and full of happiness.

Director and writer David Lowery has crafted a beautiful and awe inspiring cinematic experience, that’s not afraid to wear its heart on its sleeve and yet is full of goofy fun and buckets of snot. All the characters are allowed to be fully human, or in Elliot’s case fully dragon, and there are hints of their back stories carefully hidden in plain sight. It’s difficult not to compare Lowery’s approach to that of classic Spielberg, there’s a sense of awe that permeates the entire film and not just those fantastical scenes where Elliot appears. Pete’s Dragon is a big screen movie that is unashamedly big screen, that’s where it was designed to be seen and that’s where you should see it, you’ll thank me later. 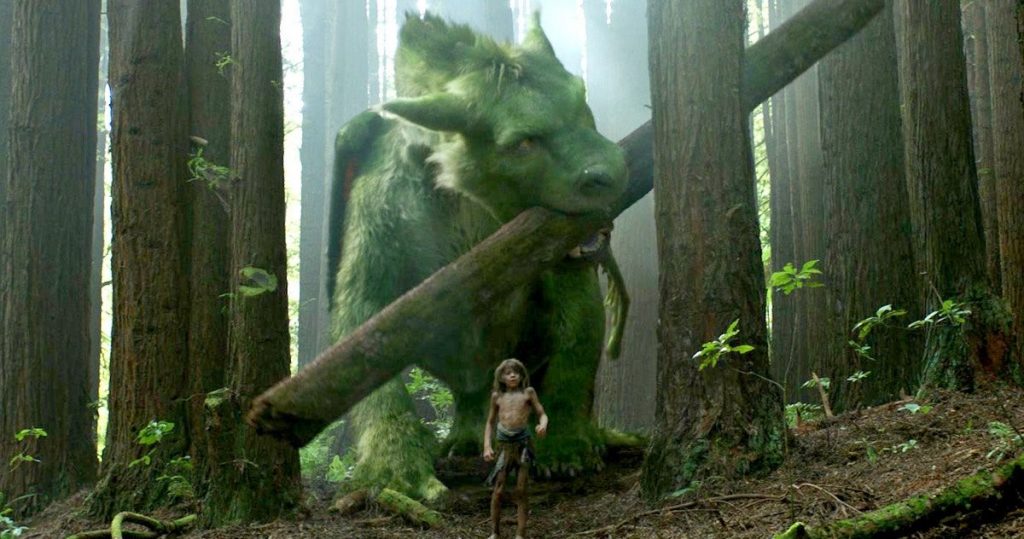 I was glad I saw Pete’s Dragon with a real audience and not in a screening room full of cynical critics (myself included). I revelled in the joy, giggles, awe and occasional sniffles of the children (and some of the parents) in the audience. It’s a movie that makes adults feel nostalgic, not for the original or for toys but for the nostalgia of a time when we felt anything was possible and for younger viewers just starting out on the journey that cinema offers, Pete’s Dragon is a giant, furry, welcoming pair of friendly arms that say, “Come with me, let’s go on an adventure”.