Colchester Rough Sleepers Group’s plans to create a mobile homeless shelter to help the town’s rough sleepers have taken a gigantic step forward after a mystery benefactor contacted us and donated £25,000.

The money has now been used to purchase a second-hand vehicle which we took possession of yesterday, with enough left over to tax and insure it and possibly buy a support vehicle.

This incredible act of generosity came out of the blue after recent coverage of our plans in the Gazette and has stunned and delighted us all.  We had been planning to raise money over the coming months to buy a vehicle and had hoped to be in a position to purchase one in the autumn, ready to be converted and put into use next year. But thanks to our mystery donor we have been able to buy a vehicle we had been keeping an eye on and bring our plans dramatically forwards.”

The vehicle is a double decker touring coach, rather than a double decker bus as originally planned, which we have named Chariot 180. We decided a touring coach would better suit our needs. People will be sleeping on the coach so safety is of paramount importance and our coach has two flights of stairs and emergency doors which would aid evacuation in an emergency. Also, unlike a double decker bus, it already has a water storage tank and plumbing for a toilet, air conditioning and an entertainment system, and as a bonus there is a large storage area underneath to store supplies and residents’ belongings.” 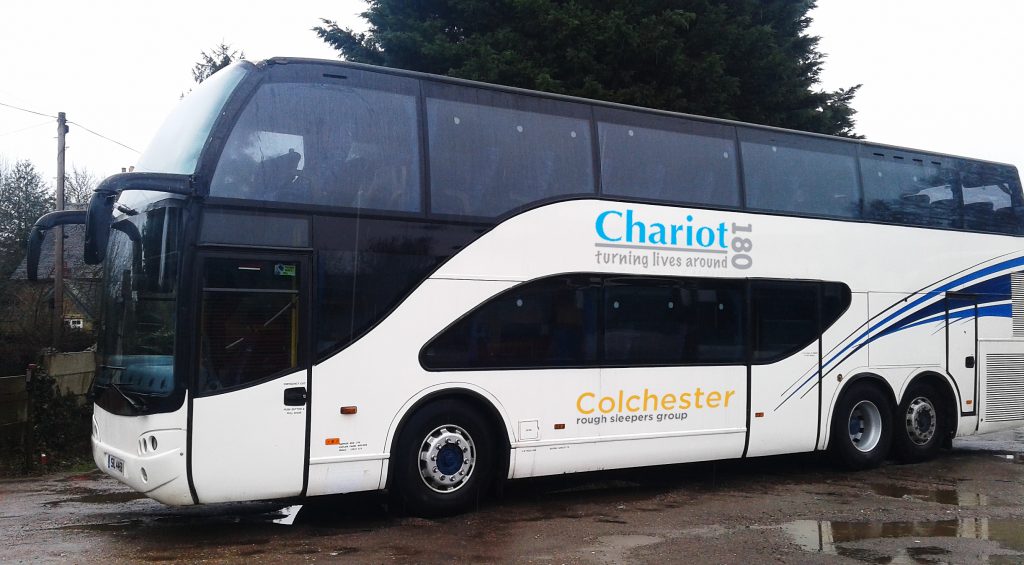 One of the group’s founder members, Pete Hope formerly of GO4 Enterprises who run a pay it forwards breakfast scheme for rough sleepers from the Café on the Rec on Old Heath Recreation ground, said “Like many towns and cities Colchester has a rough sleeper problem and in spite of the amazing work done by organisations such as the Emergency Night Shelter and Beacon House there simply aren’t enough beds to get them all off the streets. Chariot 180 will help with that by working with and supporting existing services, and additionally we plan to use it as a drop in centre during the day. Chariot 180 will literally be helping people to turn their lives around.”

The group, which we founded last year to maximise the impact of the support and community spirit already in place to help rough sleepers, received another boost recently when The Right Reverend Roger Morris Bishop of Colchester offered to become its our patron. We are currently applying for charity status and fundraising will continue, initially to raise money to convert the coach, and long-term to support the project on a day to day basis. We believe we will be able to launch their mobile shelter ready for next winter.

Local signage company and vehicle wrappers Premier Signs are donating their time and materials to produce distinctive graphics for the coach which should soon become a familiar sight on the streets on Colchester, and the group would like to hear from any individuals or businesses who would like to make a donation or help raise money, and longer term will need sites where we can park the coach overnight and volunteers to man it. 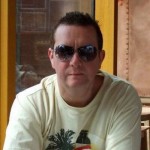