No sooner had 101’s movie reviewer Andy Oliver submitted his review of Warcraft: The Beginning then his was straight back to the town’s Odeon cinema to watch The Nice Guys for you. 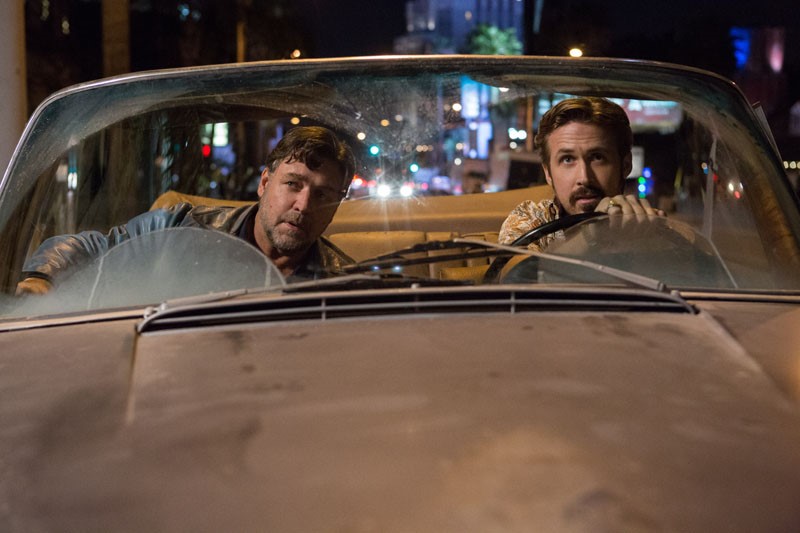 Nobody does action, character and snappy, laugh out loud dialogue quite like writer/director Shane Black. His scripts are sharp, cynical, often brutal, often prone to misanthropy, always quotable and always hugely enjoyable. His characters are damaged, fast-talking and, more often than not, absolute scumbags. Black made his name as writer of the classic Mel Gibson action vehicle, Lethal Weapon and, along with all three sequels went on to script The Last Boy Scout, The Long Kiss Goodnight and The Monster Squad before graduating onto the rather excellent Kiss Kiss Bang Bang and Iron Man 3 as writer/director. The Nice Guys might not be a revolutionary departure from Black’s previous work, or bring anything sparklingly inventive or new to the screen, but it’s difficult to care when you’re presented with something this damned enjoyable.

Set in an asphyxiated 1970’s Los Angeles and revolving around a labyrinthine plot that wouldn’t seem out of place in an Elmore Leonard or Carl Hiaasen novel, The Nice Guys is a call-back to a time we still had buddy movies, a time before Hollywood invented “Bromance”. Private investigator Holland March (Ryan Gosling) is a terrible person, he swindles old ladies and drinks so much that he has to have his 12-year old daughter drive him around town. When he accepts a case to find a missing girl it brings him into contact with Jackson Healy (Russell Crowe), a big hearted barrel of a man who makes his point with his fists and breaks limbs the way most of us break sweat: with little conscious effort. The problem is that Healy is in the business of helping the girl stay missing. 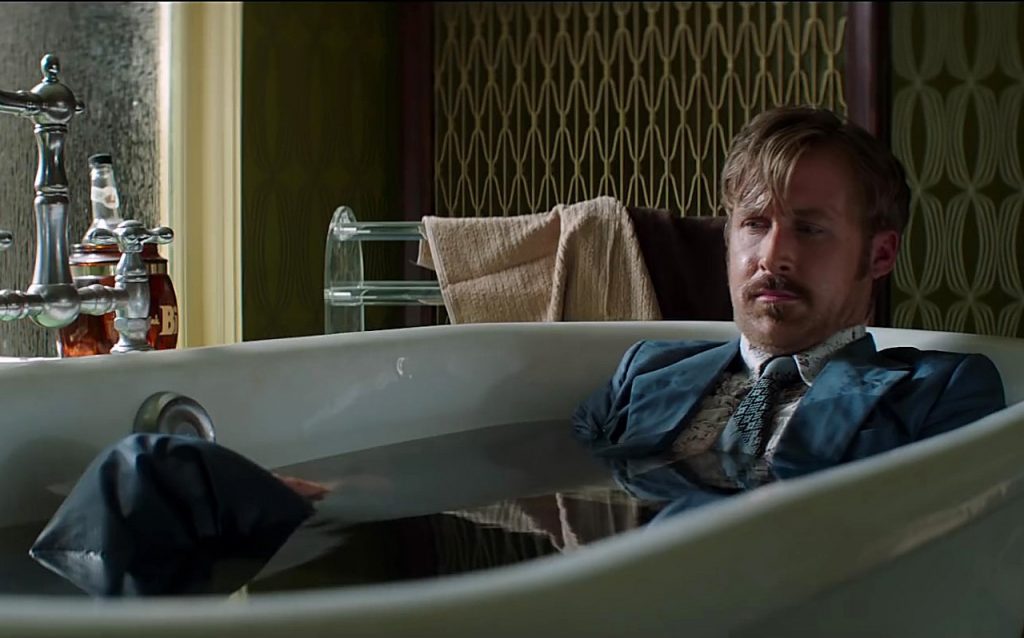 Gosling and Crowe work amazingly well together and – this is going to sound a little weird, I admit – there’s more than a touch of Abbott and Costello about their double act: Crowe in charge and constantly exasperated, Gosling as the fall guy who’s never quite sure what’s going on. I can honestly say that I have never enjoyed the two of them as much I did here, Crowe’s earnest, lumbering resoluteness is stripped away and he’s (almost) likeable as Healy and Gosling delivers a whole truckload of goofy, manic charm in lieu of his usual brooding seriousness. Healy and March are riffs on the classic pulp noir anti-heroes of post-war “Men’s” novels, damaged individuals who might just stumble upon redemption even though they were never looking for it; amoral idiots who get a taste of doing the right thing and it doesn’t taste as bad as they thought it would. 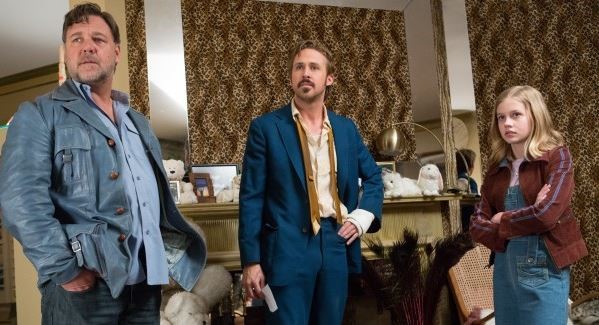 There’s a couple of scenes that hang around a touch too long and a dream sequence featuring a talking bee that could easily have been trimmed out, but on the whole it does exactly what it sets out to do and that is to entertain. It’s sleazy, amoral, hilarious and moves at such a cracking pace that you really don’t care that the plot seems to make little sense or even work. The Nice Guys is a great night out at the cinema and a movie that I’ll enjoy returning to again and again, you probably will as well.