Andy Oliver is fresh back from the Odeon with his review of Suicide Squad. Read on to hear what he thought of it. 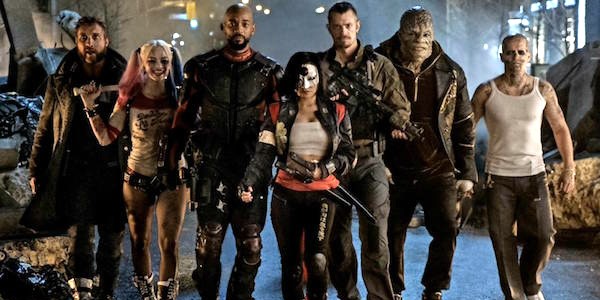 This is my third attempt at writing a review of Suicide Squad, basically the first two drafts were spent feebly attempting to put a positive spin on what is, possibly, the most disappointing movie of the year, so far. Disappointing mostly because the marketing campaign was so fabulous, a couple of really fun trailers, exciting dayglow posters, star-studded cast, interesting choice of director (David Ayer, known for his visceral, gut-punch style of movie making) and a promise that it would be everything Batman Vs. Superman wasn’t. The problem is that there is so little to like in a movie that looks and feels like that old adage: a camel is a horse designed by a committee. And, boy, is Suicide Squad one ugly looking camel.
As destabilised as the appearance of Superman made the world, his (spoiler) death has created even further chaos and uncertainty. Every nation and terrorist group is desperate for their own super-powered protagonists and, to cope with any potential threat, government agent Amanda Waller (Viola Davis) puts together a task force, a suicide squad, from the super-powered inmates of Belle Reve prison. This is obviously a bad idea, especially when The Enchantress (Cara DeLevigne) manages to escape Waller’s fail-safe and becomes the first major threat the group has to face.

In the first thirty minutes of the movie we are introduced to the individuals via flashback/origin tales that play out like extended dvd extras, all to the beat of far too on-the-nose choices of music tracks. Deadshot (Will Smith) is a conflicted assassin, the World’s greatest marksman, who constantly worries that his daughter will she him as a villain. Harley Quinn (Margot Robbie) is a former psychiatrist and psychotic sex-doll girlfriend of The Joker. Killer Croc (Adewale Akinnuoye-Agbaje) is a crocodile skinned killer (obviously). Captain Boomerang (Jai Courtenay) is a notoriously silly Flash villain and comic relief whose name pretty much explains his skills. El Diablo (Jay Hernandez) is a tattoo-faced former gang member who can wield fire. The Enchantress is a six-thousand-year-old spirit who inhabits the body of archaeologist June Moon. There’s also Slipknot (Adam Branch), but he disappears from the film so quickly I couldn’t tell you anything about him.
To control this dirty half(ish) dozen is soldier Rick Flagg (Joel Kinnaman) and his sidekick: sword-wielding, woman of mystery, Katana (Karen Fukuhara). Can this conglomeration of misfits form a cohesive team and fulfil their appointed assignment? Put their collective differences aside and become an effective force? What do you think?

So when The Enchantress sneaks away from Waller and Flagg’s control and resurrects her brother, Incubus (a cgi character so bad it makes The Mummy Returns’ Scorpion King look like the absolute apex of special effects), the squad gains its first major mission. Cue explosions, shouting, incomprehensible action and hordes of blackberry-headed cannon fodder (The Enchantress transforms men into fruity-headed minions. Seriously).

This film is a mess. It’s been well documented that major reshoots were ordered by the studio after initial photography was finished, those reshoots stick out like a sore thumb, poorly edited in in an attempt to inject more humour and “fun”. There are tonal shifts that destroy any flow the story might initially have had; characters disappear without reason, some are introduced multiple times, some are hardly introduced at all; there’s way too much brooding from the male characters and the female characters are either trying to be the brooding male characters or exist purely as fan-boy sex fantasies; the motive of the villains is unclear, if not totally inexplicable (in a movie about bad guys taking on worse guys there really shouls have been stronger villains); an already flawed script is muddied by the obvious reshoots; the editing is all over the place (at one point a character leaves the group and, in the very next scene, is seen walking in slow-motion with the rest of the squad; and then there’s Jared Leto’s Joker… 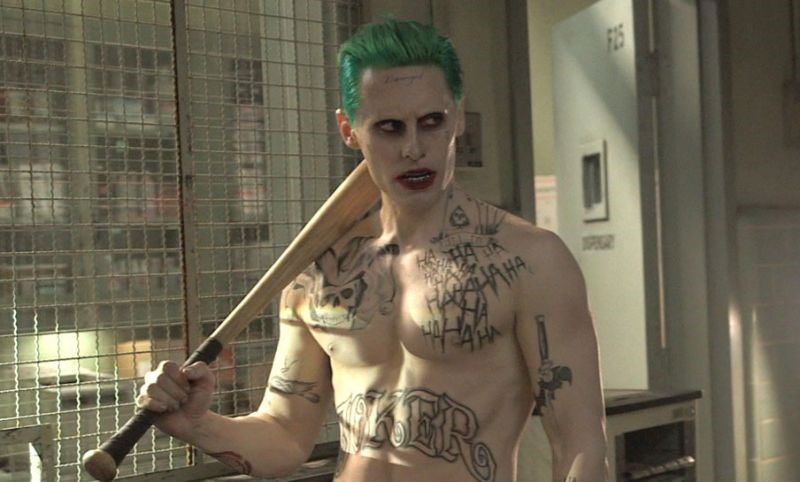 The Joker appears mostly because he’s the only recognisable DC Comics villain/character mainstream audiences will probably know, he’s shoe-horned into the film “Just because” and serves absolutely no purpose whatsoever. You could cut virtually all of the five minutes he appears and have no impact on the story at all and he’s such an irritating presence that you’ll wish they had. Leto’s version of The Joker is bad. Really, really bad. So bad that it actually harms the character, the legacy of Cesar Romero, Jack Nicholson, Mark Hammill and Heath Ledger is marred by every second he’s on the screen.
Leto is bad, yes, but at least he’s trying to act, Cara DeLevigne on the other hand… DeLevigne is truly awful. She puts in a performance (if you can call it that) that’s not only a career low but might also stand as one of the worst ever captured on film. I have no words…
Ben Affleck appears as Batman for a few minutes but his appearance culminates in a scene so sex-creepy that my jaw almost hit the floor. It’s one of the most uncomfortable things I’ve ever seen in a superhero movie and so misjudged that it shows a fundamental misunderstanding of the character that, and I don’t say this lightly, I’m not sure I’ll ever feel comfortable watching Batman on film ever again. 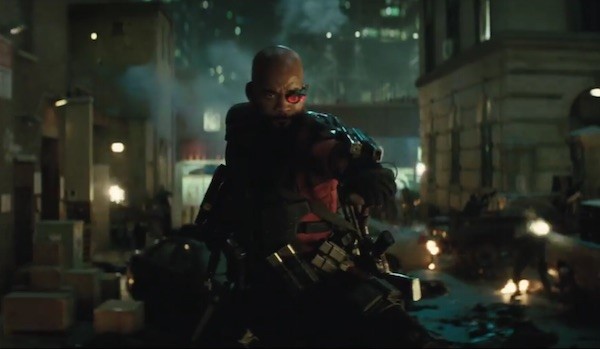 Fortunately, Will Smith and Margot Robbie sparkle with on-screen charisma, not enough to save the movie but enough to make it just about watchable. It might sound bizarre but Deadshot is far more heroic than the current Henry Cavill iteration of Superman, he’s the moral centre of the movie and, unlike Cavill’s Superman, he actually wants to be a hero. Stand out for me, though, is Jay Hernandez as El Diablo. Hernandez brings a wounded humanity to his character and in a smaller roster this might well have been a break-out role for him, as it is he is mostly left in the background but when he comes to the front he is both magnificent and tragic.
Suicide Squad has its moments, but they are just that: Moments. Technically Batman Vs. Superman is a worse film but the disappointment I felt coming out of Suicide Squad weighed much more heavily upon me.