Our resident movie critic Andy Oliver is fresh back from a trip to the Odeon to see Stephen Spielberg’s big screen production of Roald Dahl’s much loved children’s book The BFG. This is what he thought of it.

The sound of a falling bin in the dead of night usually alerts us to the midnight hunger of the neighbourhood cats or the occasional urban fox, but for young, insomniac orphan Sophie (Ruby Barnhill), there is something far, far larger that disturbs her wee small hours. A giant stalks the London night and, once seen, he has no choice but to kidnap the curious youngster for fear that she will reveal his existence to a world he secretly fills with dreams and wonder.

A relationship that begins with fear and suspicion blossoms into a warm and loving friendship, the giant and the little girl finding in each other that which they are both missing in their lonely existences. The Big Friendly Giant (Mark Rylance) lives in a world where he is bullied and threatened by bigger giants, he needs a friend as much as Sophie needs a family, they are two halves of one greater whole and, together, they are an unstoppable force for everything that is good and brave and decent. Together, the BFG and Sophie must figure out how to stop the larger, more vicious giants from eating children and how to live in a world where both are exceptionally sensitive to the pain of others.

As much as Sophie and the BFG are bound by their kindred spirits, so are Roald Dahl and Steven Spielberg: Two of the greatest storytellers ever to grace their respective, artistic fields. Dahl is one of the treasures, if not the crowning jewel of children’s literature and Spielberg the undisputed master of a cinema that speaks to the child in all of us. Forget Batman and Superman or The Avengers, this is the team-up to beat all team-ups. 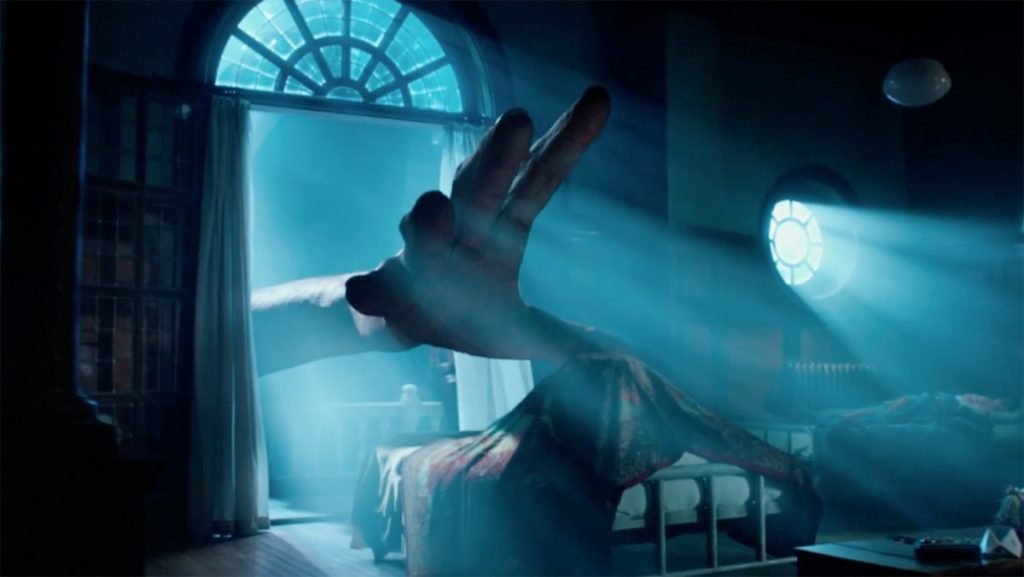 Working from a script by the late Melissa Mathison (who wrote ET), based on the Dahl’s favourite of all his stories, Spielberg creates a vision that, although narratively slight, is a beautiful love letter to both writers and, also, a statement of his own body of work. The BFG takes Sophie to a magical realm where he harvests the dreams that flit around like technicolour fireflies, remixes them to his own recipe and distributes them to the world of slumbering human beans (sic). If that’s not metaphor for the work of the writers and of himself, then I don’t know what is. A lesser director might have mined their back catalogue for nods and winks, but Spielberg is way too savvy to use obvious (and over-used) Jurassic Park tumbler of water/approaching footsteps gags or overplaying the giants’ fear of going in the water.

The film is a mixture of live action and wildly inventive computer effects, the giants and their world standing just on the right side of cartoonish. The opening scene, a sweeping, descending shot of London at night and the production design (especially of the idealised architecture) both recall Mary Poppins, a live action/animated classic that also perfectly nailed this mix. The effects are seamless and carry you on a journey that enters through wide eyes and nourishes the soul, it is a landscape of wonders beautifully realised.

Mark Rylance, who brings the BFG to life through motion capture performance is wonderful. He delivers his Dahl-isms with a charming, and occasionally heart-breaking, bumpkin accent (“Use your titchy little figglers”) and slowly brings you into the head of a character that you initially distrust to that of someone suffering crushing loneliness and a desperate need to connect. Whilst in Ruby Barnhill, Spielberg has found another natural gem of a young actress, she’s sassy, tough, smart and caring as Sophie and has charisma to spare. The Flight of the Conchords’ Jermaine Clement is marvelously evil as the movie’s big bad, Fleshlumpeater and Penelope Wilton puts in a wonderfully understated performance as The Queen.

The BFG is squarely aimed at children but there’s much to enjoy for mums and dads too, though Spielberg doesn’t throw in any sideways winks of adult humour. There’s fun and scares and wonder and fart gags aplenty (three of the Queen’s corgis realising, in unison, that an explosive exhalation of bottom-gas is on its way is going to take a lot of topping in the laugh stakes this, or any, year). Yes, there’s a bit of a pacing issue (the film occasionally dips) but you’d have to be a World-class cynic not to enjoy anything The BFG throws at you. Unless it’s a Snozzcumber.