Last Summer Paris born photographer Xav Marseille gained something of a celebrity status in Colchester when his Then&Now images began appearing on social media and in the press. To create the extraordinary images of Colchester, his adopted town, Xav combined old and new photographs to create stunning fusions of the town as it was in years gone by, and as we know it now in the 21st century. All in one image.

With Remembrance Sunday coming up this weekend Xav has put his talents to good use again to create two extraordinary images as a fitting tribute to the fallen.

“I was keen to create some exclusive Then&Now artwork for Armistice Day to celebrate and remember what others did to allow us to leave in a free world. As a kid, growing up in France, I was often reminded that our country, and Europe, could’ve been ever so different and I think it’s important not to forget the soldiers who survived but also the ones who didn’t.

Although the old photographs weren’t taken on the same location, I’m hoping these two new ‘Colchester Then&Now’ pieces help make Remembrance Day even more relevant and connect us, visually, to our history.” 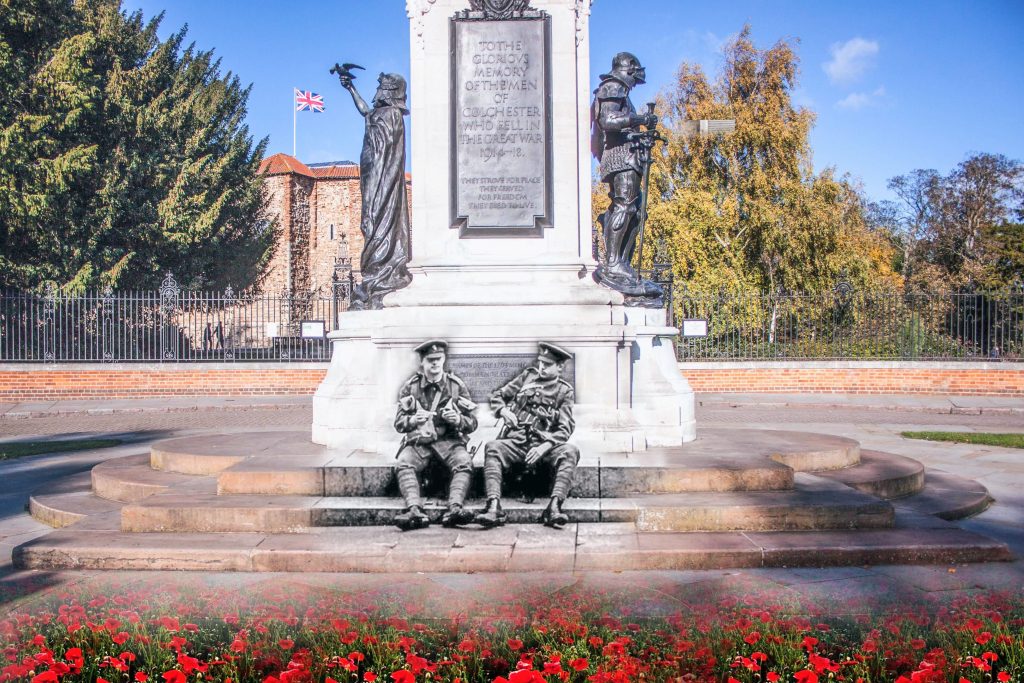 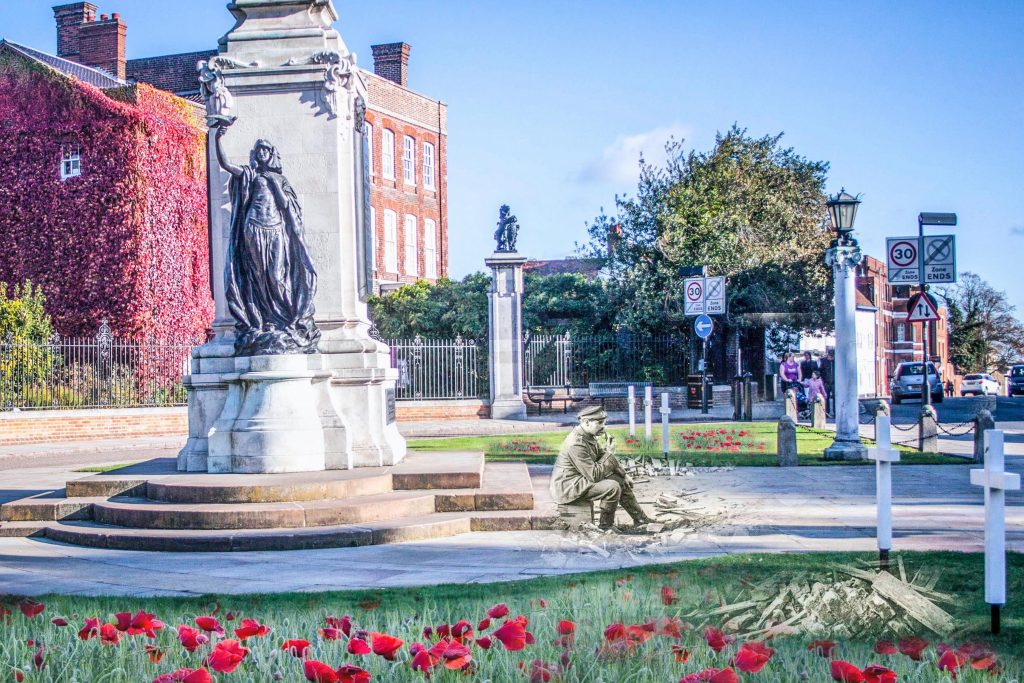