I make no secret of my love of the Caribbean and its cuisine, nor of my delight at the opening of Turtle Bay on Colchester’s High Street just before Christmas. Several trips to Jamaica have given me a taste for such local delights as jerk chicken, curry goat and beef patties washed down with Red Stripe beer and rum based cocktails.

So the chance to along to what has fast become one of Colchester’s favourite restaurants to enjoy some of Turtle Bay’s delicious food and let you know what I thought about it was not one I was going to pass by!

We booked for Friday night, traditionally one of the busiest nights of the week, and when we arrived the restaurant was already busy and the standalone ‘island hut’ bar was buzzing with the Friday night crowd enjoying classic cocktails with a Turtle Bay twist made from a choice of a staggering 40+ hand-picked rums from across the Caribbean, as well as a magnificent mix of their signature cocktails too. 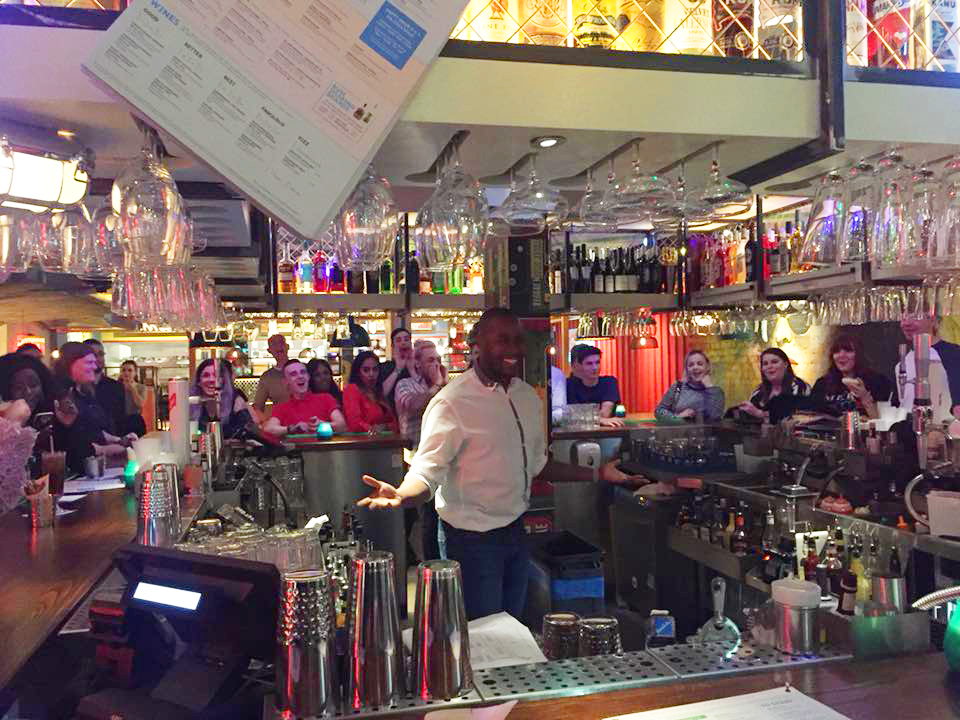 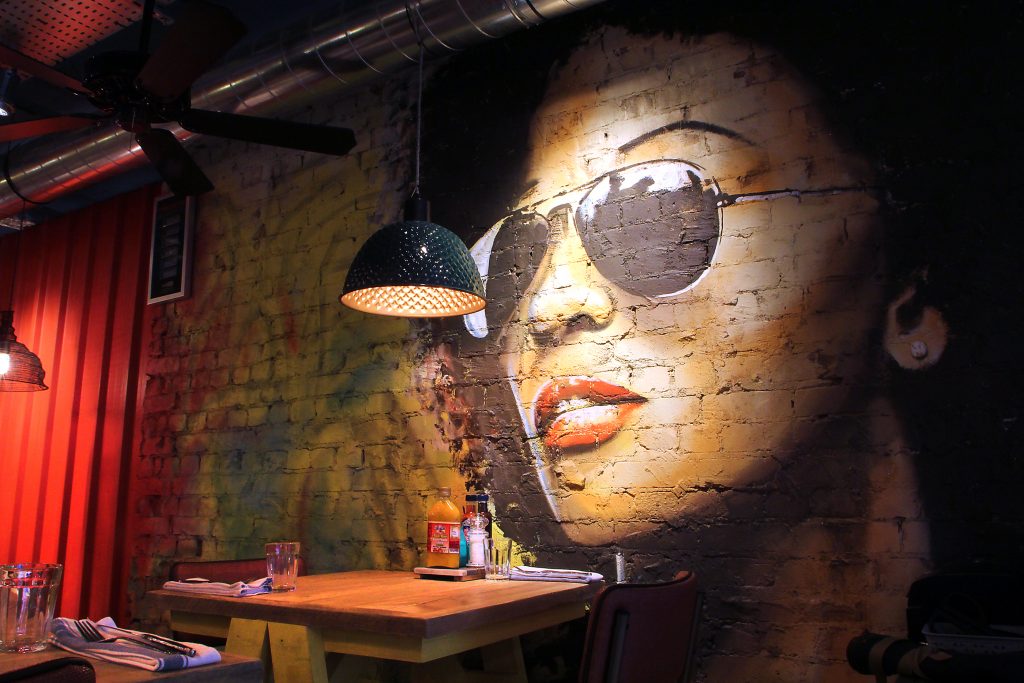 The Caribbean laid back vibe is all around you in this beach shack themed restaurant, the design of which is unique to Colchester and includes an open ‘street kitchen’ and a raised veranda seating area at the back of the main dining area, along with reclaimed wood and chequer-plate, lights hanging from beer crates and giant paintings on brick walls to complete the look. And, of course, reggae music playing in the background!

We decided to skip the bar and went straight to our table where we ordered drinks from our waitress. I ordered a Red Stripe to recapture the feeling of that first beer at the hotel pool bar after a long tiring day of travelling to Jamaica, and my partner decided to try a Reggae Rum Punch which apparently “hit the spot.” Nuff said! 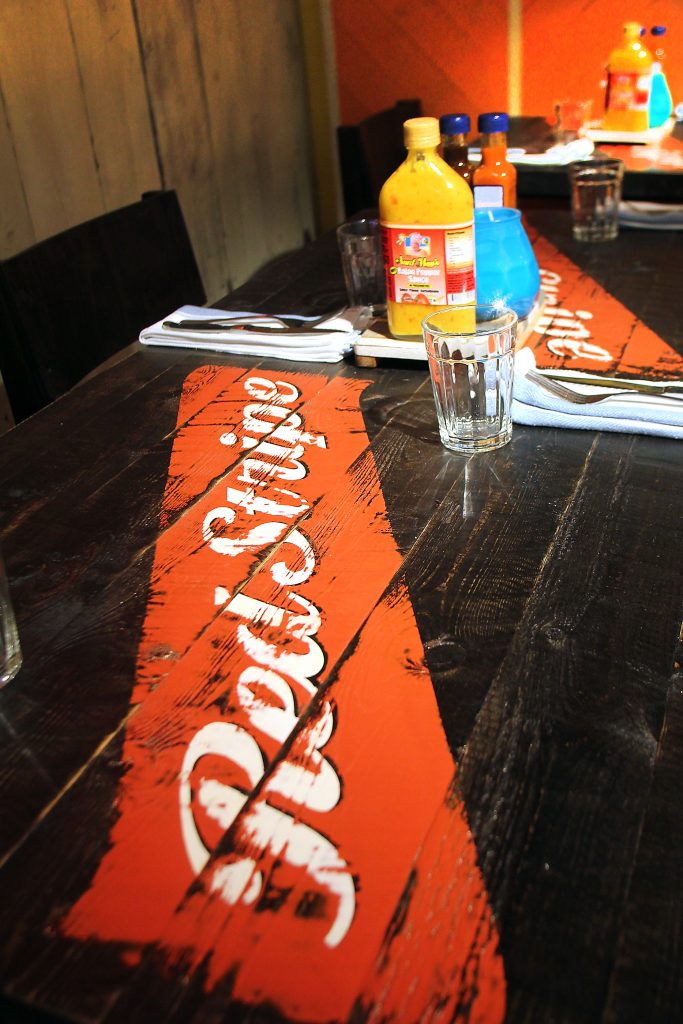 After changing our minds several times about our starters thanks to the mouth-watering choices which included my favourite, Beef Patties, as well as such delights as Duck Rolls and the very tempting Jerk Glazed Pit Ribs, which will of course mean further trips back to sample them, we decided to share a Seafood Platter. It did not disappoint and there was ample food for us both, which included curried fish roti flatbread, chilli squid, crispy panko whitebait, sweet corn fritters, mango mole with herb mayo and a green salad. This turned out to be the perfect starter, or ‘cutter’ as they call it down Turtle Bay way. 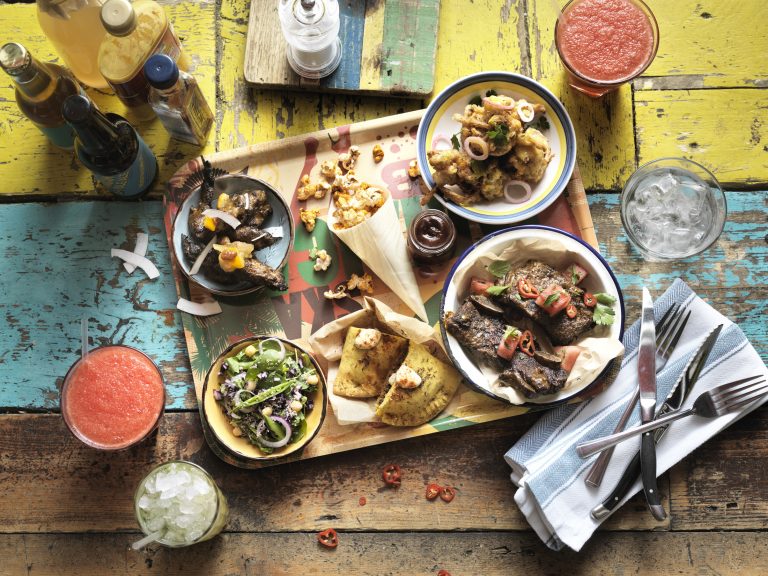 After a short interval to let our starters go down our main courses were brought by our cheerful waitress. It is so noticeable at Turtle Bay how enthusiastic the staff are, and how knowledgeable they are about the menu, and tonight was to be no different as they took exceptional care of us as usual. I had decided to try the Guyanese Curry Duck. As a big fan of any Caribbean curries, and duck, I thought this might be the perfect marriage. And it proved to be so with the slow braised duck leg perfectly complemented by the citrus fruit flavours of the curry and served with coconut rice ‘n’ peas and dumplings as good as any you will find in the Caribbean.

My partner had no complaints either about her Jerk Chicken with was also served with coconut rice ‘n’ peas with a sour orange chutney, coconut shavings & Caribbean slaw. She said it was amongst the best she has ever eaten. Praise indeed. 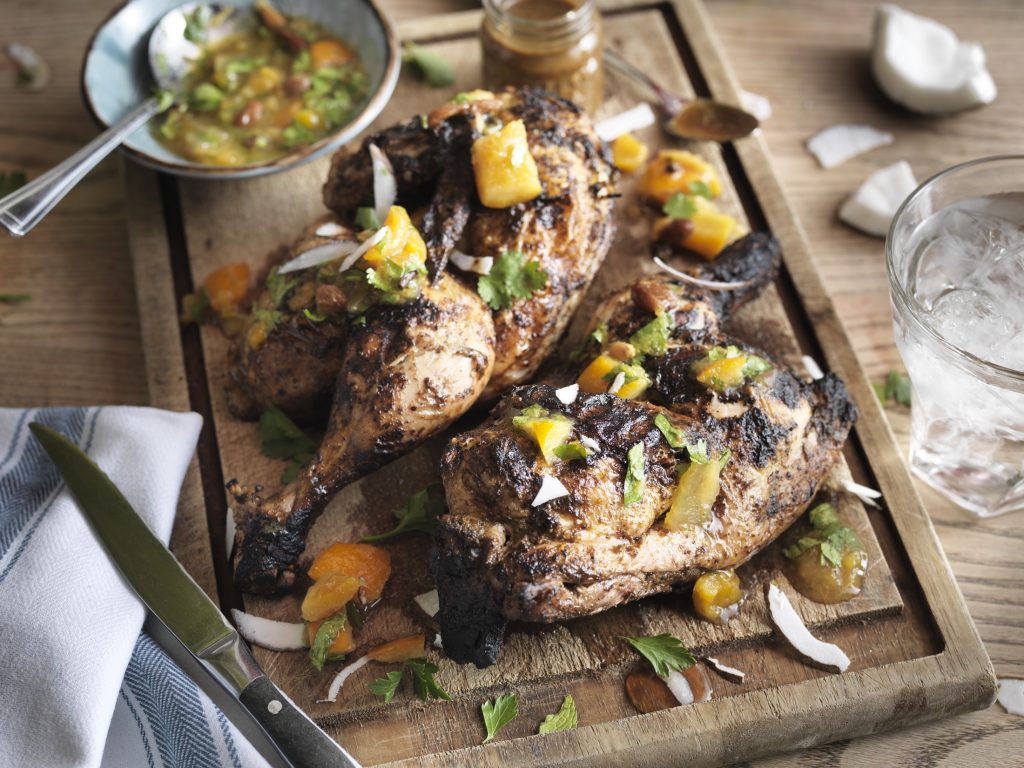 Desserts were up next, though with our appetites now well and truly satisfied these were an indulgence rather than a necessity. Caymanas Upside Down Rum cake for me, with just enough of the rum taste coming through to excite the taste buds but without overwhelming the other flavours, and Spiced Rum and Chocolate Pot for my partner which also did not fail to deliver.

So, as ever, a fabulous dining experience at Colchester’s Turtle Bay, one in which you can lose yourself in the tastes, smells and sounds of the Caribbean for an hour or two. 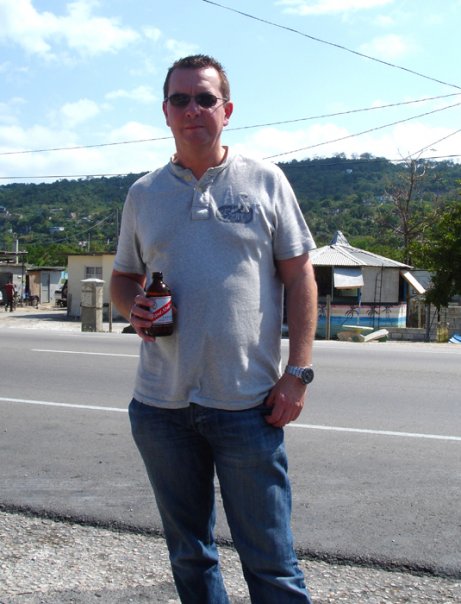