On Saturday 7th May 2016 Colchester’s Mercury Theatre plays host to the passionate and seductive art form of Flamenco when the Jairo Barrull Flamenco Company present:

Flamenco dancers Jairo Barrull and Irene ‘La Sentio’ are joined by a full cast of award winning gypsy musicians from Andalucia to evoke the pure essence of flamenco’s soul: el llanto (the cry).

Jairo said: El Llanto is the root, the beginning of everything flamenco.  El Llanto is purity, beauty, sadness and suffering.  It is the mixture of cultures, identities and it is history.  It is the voice of our ancestors, The Untouchables caste that came from India centuries ago.  The singer’s cry that interacts with the cry of the guitar strings is what inspires me and makes me move.  It makes me lose myself in my dancing and brings about that magical moment on stage.  What some might call ‘El Duende’.

Jairo Barrull has been performing professionally since he was seven years old.  He comes from one of the most charismatic gypsy flamenco families in Andalucía ‘Los Negros de Ronda’ also known as The Del Gastor family.  Jairo has performed all over the world including a performance at the Vatican for the Pope John Paul II when he was just 13 years old and in sell out shows at the Alte Oper of Frankfurt with German juggler Francis Brunn in ‘Incognito’ and at the Berliner Philharmonie where the German press repeatedly declared him ‘The Hope of Dance’.  In 2009 he formed his own flamenco company which has presented flamenco shows ‘Barrull’ and ‘Dos Ramas’ in some of the most prestigious flamenco festivals in the world.

Flamenco dancer Irene ‘La Sentio’ has performed extensively throughout Spain and in 2008 she became a finalist in the ‘Concurso Nacional del Cante de las Minas’.  In 2010 Irene joined Farruquito’s company and participated in two of his shows including ‘El Baile Flamenco’ where she toured South America and received great reviews.   Irene currently resides in Madrid where she performs regularly at the ‘tablaos’ Casa Patas, Villa-Rosa and El Tablao de Carmen.

“An artist so remarkably accomplished and even elegant at every moment”

“Irene’s feet, neat and blunt, a real hurricane of force” 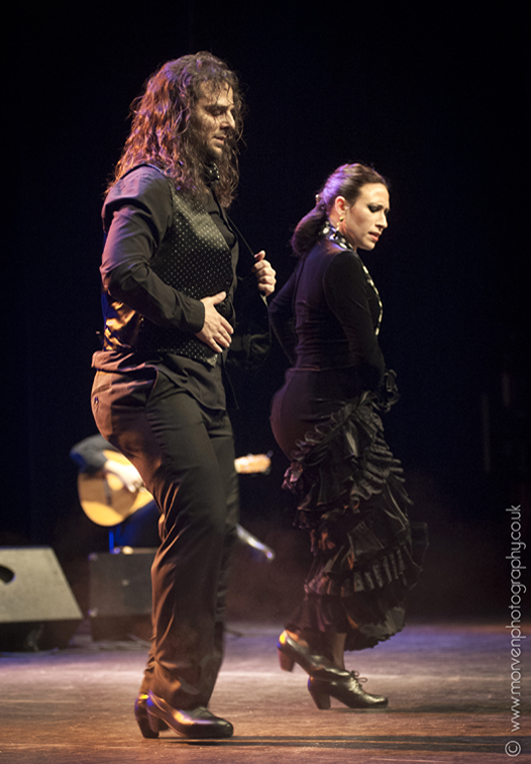