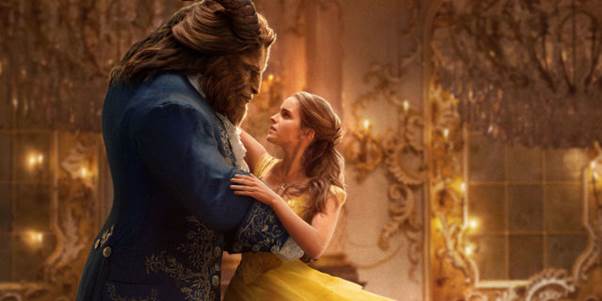 Disney’s 1991 animated version of Gabrielle-Suzanne Barbot de Villeneuve’s classic fairy tale, one of those movies whose narrative, songs and aesthetic has imprinted itself upon the psyche of generations of little girls, desperately needed a brand new, live action and cgi version, right? Well, frankly, no. Even if it did, this version of Beauty and the Beast is not it. It’s not a bad movie by any means, in fact it’s very good in parts, the problem is that all those good bits are lifted directly from the five-star animated version. It just feels a bit… unnecessary and uninspired.

Everything is there from the 1991 version: bookish Belle (Emma Watson), tired of her life in a provincial French village offers herself as prisoner to the Beast (Dan Stevens) in exchange for her father, Maurice (Kevin Kline) who languishes as the Beast’s captive; the Beast’s retinue – Lumiere (Ewan MacGregor), Cogsworth (Sir Ian McKellan), Mrs. Potts (Emma Thompson) and her son, Chip (Nathan Mack) – transformed along with him by a witch’s curse for his selfishness (harsh) free Belle from her prison; the vain and jealous Gaston (Luke Evans), who convinces his fellow villagers that the Beast must die; the songs, the costumes, the romance and fun. There’s also a few new songs that don’t quite capture the magic or singalong-ability of the originals and a bit of extended backstory which add an extra forty minutes, but little else.

Emma Watson is perfectly cast as Belle, a thoroughly modern girl trapped in an age that doesn’t cater for her wants and needs. She manages to pull off a tricky mix of strong and yet vulnerable and it would be difficult to see anyone but her in the role. The rest of the cast are good (though the voices of the originals sometimes weirdly ring in your ears), but it’s Luke Evans as the vainglorious Gaston who steals the show, he’s a proper, hiss-able Disney villain who you’ll love to hate. 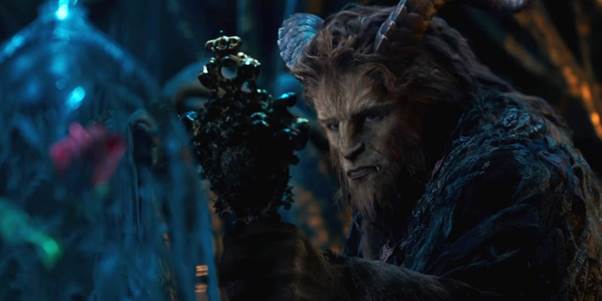 Whereas Jon Favreau’s The Jungle Book (2016) made plenty of references to its animated predecessor whilst creating its own story, Beauty and the Beast director Bill Condon sticks (more-or-less) rigidly to his source material. There are whole scenes lifted directly, but played with as-much gusto and verve that you (kind of) forgive it and it’s all very efficient, just not very, you know, exciting.

The fuss over Josh Gad’s Le Fou being an openly gay character is pretty much a storm in a (chipped) tea cup. There’s a blink-and-you-miss-it moment in the film’s closing number, but that’s it, hardly anything to get your “I Heart Trump” knickers in a twist about; gay people exist; gay people have always existed; get over it.

It’s difficult to say anything bad about Beauty and the Beast, but it’s also tricky to say anything gushing about it, either. What you think about it depends on your relationship with the animated version, though I don’t think you’ll hate it.

*Very young viewers may get a bit squirmy in their seats at the film’s (overlong) running time and there are a couple of scenes (especially the wolf attack) that may be upsetting for them (you are in the best position to know your child’s tolerance levels, if in doubt you might want to see the film on your own first).