It’s been a busy summer at the town’s Odeon cinema for 101’s movie reviewer Andy Oliver who is freshly back with this review of the Ghostbusters remake for you. 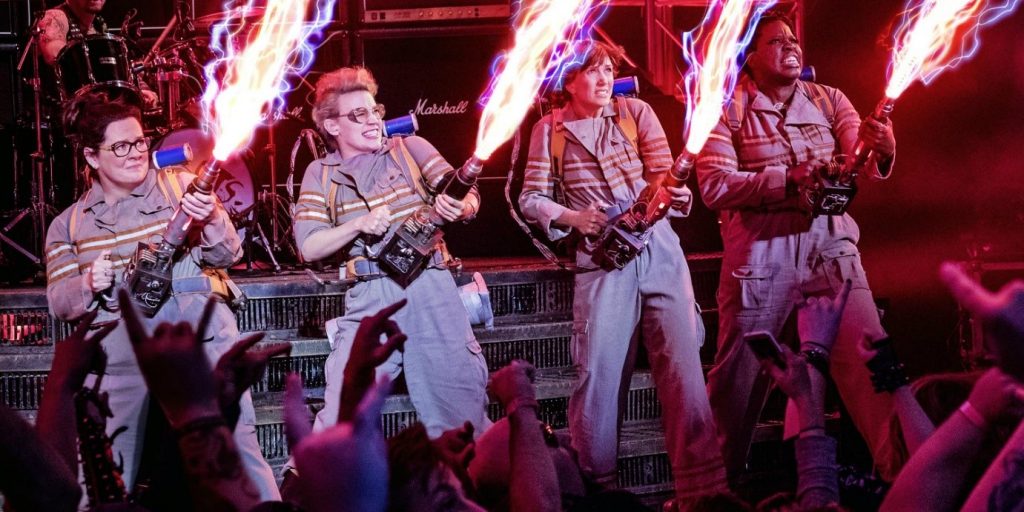 It’s difficult to talk about the new Ghostbusters movie without first addressing the elephant in the room: that small but vocal group of misogynist internet dweebs who have taken it upon themselves to down-vote this movie on ratings sites; shout down anyone on social media who “dared” to defend the choice to switch the gender of the titular team; shout down anyone who rightly insisted that you cannot judge the quality of the film until you have seen it; they’ve even gone as far as to claim the original is an out and out horror movie with comedic elements and that turning it into an all-out comedy is somehow “Sacrilegious”, or that it is, in some bizarrely twisted-logic way, disrespectful to, and ruins, their childhoods.

Quite frankly, I have no time for these people or their hateful, whining rhetoric and empty threats. I’ve already had death threats on Twitter for not only defending the build up to this movie and accused of receiving cash for giving Batman vs. Superman a bad write-up (I wish). My response? The one that hurts them the most: I ignore them. They are the film fan equivalent of ISIS: hiding their identities behind false names and avatars; their hatred/ resentment of women in anything other than submissive roles; they want their “sacred” favourites to be the only ones that exist and think that their views are the only ones that should exist. 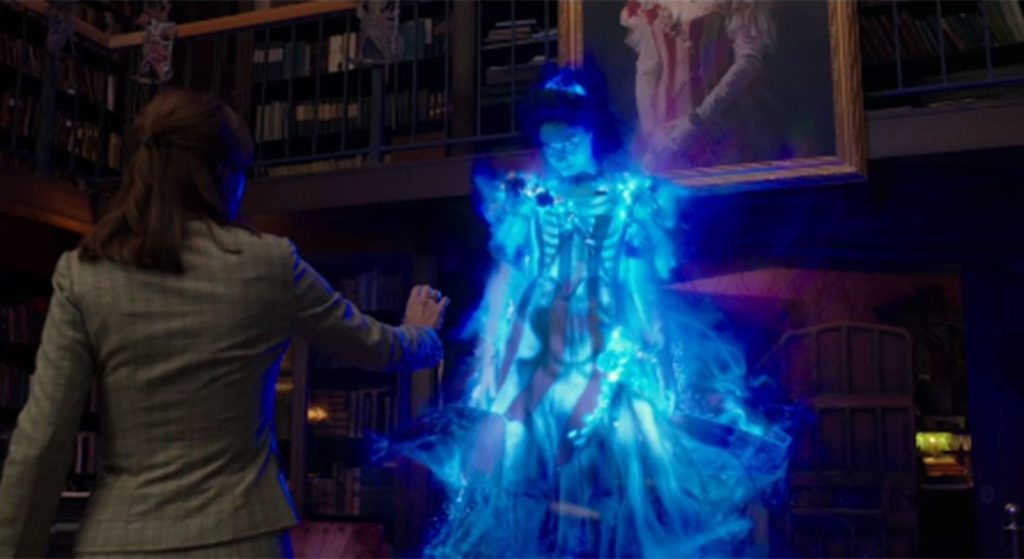 Now, for the sake of transparency I would just like to say that I in no way receive any payment or favours or special treatment for writing these reviews. I take every film I see on face value and never review a film without having seen it first. I try to give my honest opinion and am in no way biased in favour of any company. I just love movies and I love writing about them.

So, now that’s out of the way, the reason you’re reading this: Is Ghostbusters any good?

Erin Gilbert (Kristen Wiig) is about to receive a tenure as a professor of physics at prestigious, if snooty, Columbia University, when she discovers that a book about ghosts she co-wrote twenty years earlier has been re-issued by her co-author and former childhood friend, Abby Bates (Melissa McCarthy).

Abby is still working on paranormal research and technology with Jillian Holtzmann at a rinky-dink college that has, quite frankly, forgotten they are still there. Erin goes to persuade her friend to withdraw the offending book from sale but finds herself helping Bates and Holtzmann in an investigation in to the sighting of a ghost at a New York mansion/tourist destination. A few gallons of ectoplasmic goo later and it’s “a-ghost hunting we will go” for the three women as the investigate and battle spooky goings-on around the city. They pick up more help along the way in the form of street savvy subway worker Patty (Leslie Jones) and thick-as-excrement receptionist Kevin (played with comedic excellence by Chris Hemsworth).

The veil between the living and the dead, it turns out, is being scratched away by angry nerd (ahem) Rowan North (Neil Casey) who wants to bring about the apocalypse in revenge for a life of being bullied and overlooked. 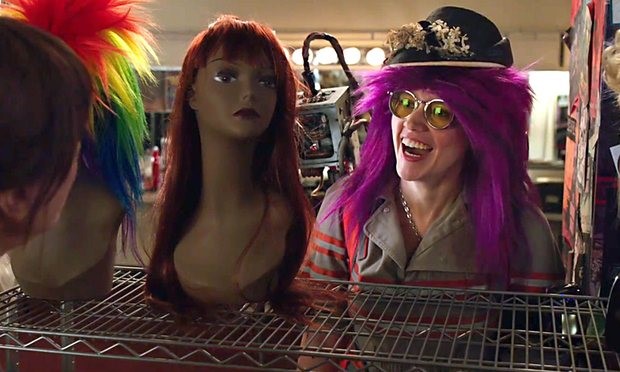 Ghostbusters works really well for maybe its first three-quarters and there’s plenty of great laugh-out-loud moments and a couple of genuinely scary moments. It’s in the climax that it falls a little flat, the laughs and scares kind of fall flat and it lacks somewhat in excitement drifting off into the generic. It’s okay but it never really has you sitting on the edge of your seat or falling off it with laughter, which is a shame because the journey getting there is so much fun.

There’s some really great comedy performances, Wiig and McKinnon are especially good and Leslie Jones nails all her moments. Melissa McCarthy plays a much more subdued, almost straight, role which, although she’s good, fans of her usual foul-mouthed mania might find a little disappointing. Chris Hemsworth is terrific as the good looking, but dim, Kevin and Andy Garcia makes a welcome and very funny appearance as the mayor. There’s cameos from virtually all the original cast, Bill Murray, Dan Ackroyd, Ernie Hudson, even the late Harold Ramis is in there or, at least, his likeness is. Oh, and don’t worry, Slimer is in there too. The cameos are nice on the whole but nothing more, they add very little to the movie and an appearance by Ozzy Osbourne is downright embarrassing.

Those cameos are not the only things that hark back to the original, there are far too many nods and winks to it as well. These Easter-egg references, whilst entertaining enough for the more forgiving fans of the original, tend to hold Ghostbusters back from being its own film, they anchor it too closely and, as such, the remake never quite escapes the shadow of the Bill Murray et al classic. 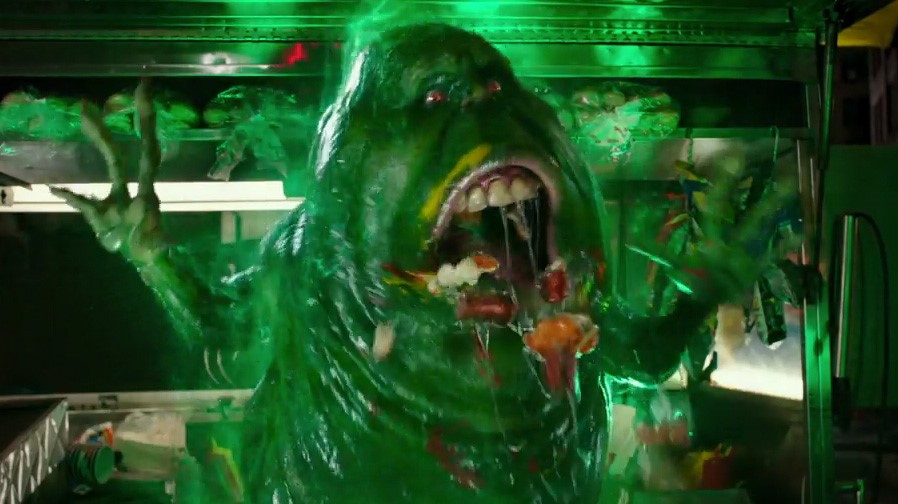 Writer/director Paul Feig keeps the fun moving at a cracking pace but lacks the action credentials to hold the climactic battle together. Feig is a terrific comedy director and sets up a couple of truly unexpected jump-scares I just wish he’d got that third act nailed, then I might be watching a movie that really annoyed the Ghost Bros.

I hope Ghostbusters does well enough to demand a sequel, I enjoyed being in the company of this gang and look forward to an adventure unshackled from the chains of the original. It’s a movie made for a mainstream audience, not for a vociferous few who believe they are entitled to a movie just for them, it’s not a feminist movie as the Ghost Bros. would have you believe, it’s a movie where the main protagonists happen to be smart, brave and funny women.

How can that be a bad thing?