Whilst Star Wars: The Force Awakens continues to break box office records, Quentin Tarantino’s latest movie, and his second western, The Hateful Eight, has begun its run at the Odeon. Colchester 101’s Andy Oliverwas one of the first to see it and has written this review. 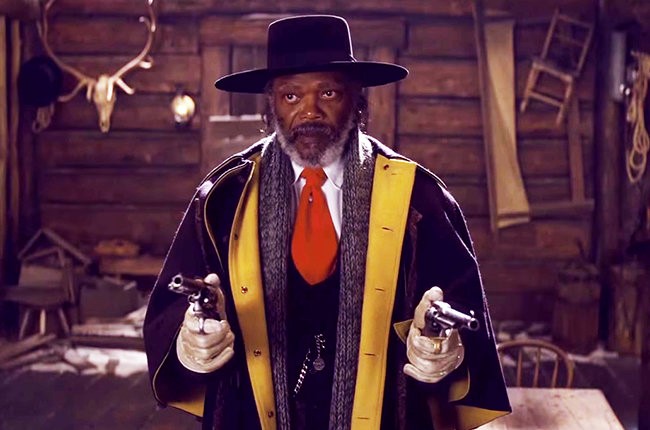 Without beating around any bushes I’m stating this right at the start of the review: The Hateful Eight is a difficult, brilliant and, sometimes, frustrating movie. It’s a movie that is a hard watch, there’s almost too much going on beneath the brutally harsh surface; it’s a scathing indictment of America not just then, but now; the language shoots bullets at the characters and the audience; the violence is shocking and extraordinarily bloody; and, yes, it’s way too long, some scenes drag out for ages and add nothing to your understanding. The Hateful Eight is Quentin Tarantino at his best and, occasionally, at his most indulgent worst.

Oh, and it’s really, really funny (in a twisted kind of way).

Set during the Reconstruction period following the American Civil War, The Hateful Eight begins with bounty hunter, Major Marquis Warren (Samuel L. Jackson) flagging down a ride from a passing stagecoach in the snowbound landscape of Wyoming. The passengers in the stagecoach just happen to be fellow bounty hunter, John Ruth (Kurt Russell) and his ‘bounty’, Daisy Domergue (Jennifer Jason Leigh). As the party look to stay ahead of an advancing storm they pick up a second hitcher by way of Sherriff-to-be Chris Mannix (Walton Goggins) but find they’ll have to take shelter at a frontier trading post, Minnie’s Haberdashery. It’s here that the majority of the movie’s action plays out in a kind of Agatha Christie one-set stage play, except this is not a Whodunnit as it is a who’s gonna do it? 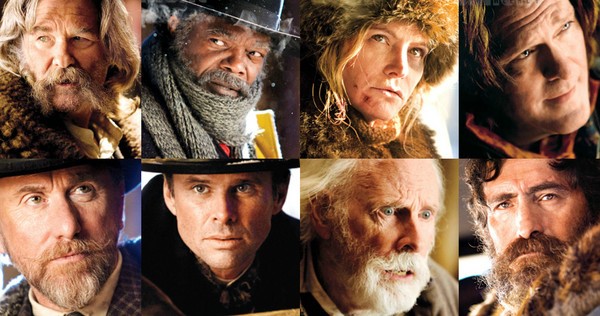 Also sheltering in Minnie’s are yet more weird and disparate characters, effete Brit, Oswaldo Mobray (Tim Roth), cowboy, Joe Gage (Michael Madsen), aged Confederate General Sandy Smithers (Bruce Dern) and a Mexican called Bob (Damian Bichir), who may, or may not, have been left in charge of the trading post by its proprietors. As suspicions grow between all those sheltering from the blizzard, it becomes obvious that one, or more, may be there to try to rescue Domergue from imminent demise at the end of the hangman’s noose.

The Hateful Eight is probably Tarantino’s talkiest script since Reservoir Dogs, and the dialogue crackles back and forth as these despicable characters start to engineer the deaths of each other as secret grudges and new recriminations boil to the surface. There will be blood. Lots of it.

The casting of the movie is absolutely en pointe, there’s not a poor performance amongst the ensemble and Jennifer Jason Leigh is standout incredible as the maniacal, terrifying Daisy Domergue. At the start of the film you’ll be shocked and possibly upset by the violence meted out on her character, but there’s a reason she’s in chains: the screen probably hasn’t seen such a dangerous, unhinged and manipulative character since Heath Ledger’s Joker in The Dark Knight. She’s terrific. 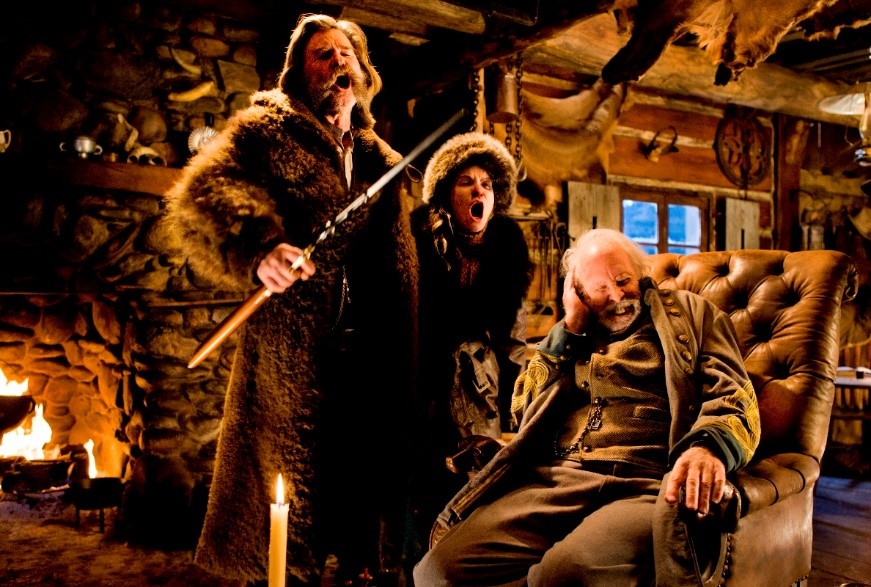 The Hateful Eight feels like a response to Tarantino’s last two movies, Inglorious B*****ds and Django Unchained, both revisionist revenge movies in which the Jews finally get to take a proper revenge on Hitler and a freed slave delivers an explosive two fingered salute to the wrongs exacted upon black plantation workers during the Reconstruction. Where white audiences could feel good about siding with the black man in Django, there is a huge finger pointing us down in The Hateful Eight. A viciously racist Confederate terrorist is raised to the position of lawman, you only have to watch the news or pick up the papers to understand where this is coming from and we, the white audience, are the ones watching from a distance and doing little but tutting. Tarantino has been accused of constantly and flippantly using the “n” word in his movie, here he uses it to devastating effect, it’s as deadly as the bullets that copiously fly in the final act. There’s also a conceit involving a letter that I won’t go into, I’ll let you discover it yourselves, anything I were to say about it would be a major spoiler. 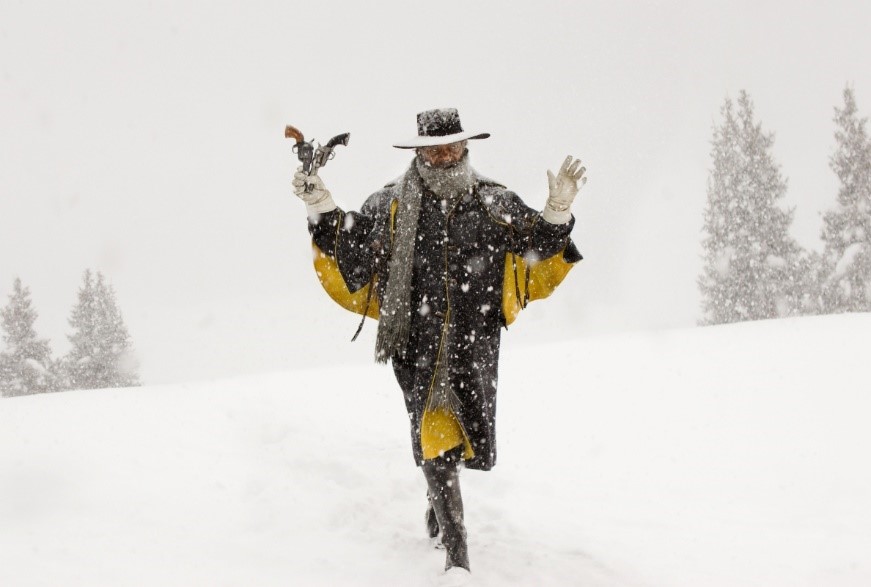 The more cine-literate of you won’t help but notice Tarantino’s homage to John Carpenter’s The Thing, there’s an unused part of Ennio Morricone’s score to begin with. All these characters are trapped in a snowy waste and one, or more, may be hiding a secret, an infection of hate that continues to plague western society to this day. It’s an incredible use of homage to put across a thematic message that few film-makers working today would even consider, let alone have the skill to pull off.

And, yes, it’s too long. Probably half an hour and this is bound to give ammunition to nay-sayers of Tarantino and, even as a fan, I would agree that he can sometimes be too verbose in his scripts and linger too long on a shot he deems perfect. Brevity, thy name is not Quentin.

The Hateful Eight is not a film that will be universally loved, but it’s not asking to be. It is asking questions of the audience that the audience will not always enjoy finding the answers to. And that is its power. 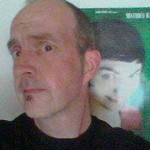