Colchester 101’s very own movie critic Andy Oliver has taken himself along to the town’s Odeon cinema to see Jon Favreau’s live-action/computer-animated fantasy adventure The Jungle Book to bring you this review. We suspect he rather liked it! 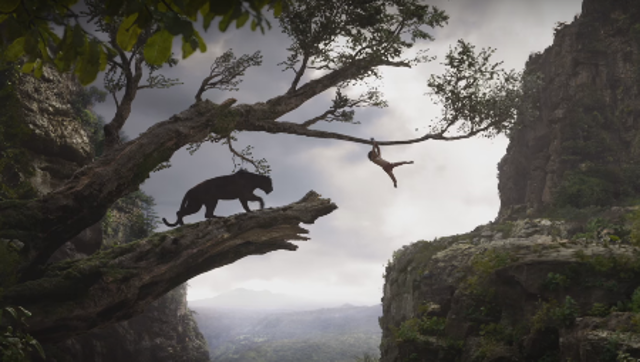 For myself and many people of my generation – post-baby boomer/pre-generation X – Disney’s animated classic, The Jungle Book, holds a very special place in our hearts. For many of us it would have been one of our first visits to the cinema and the continually played soundtrack (the Frozen of its day) would have driven many a parent to distraction. With the advent of home video and streaming media The Jungle Book has become an all-timer, one of the most enduring and beloved movies for children of all ages and many will know the songs (written by Richard and Robert Sherman with the exception of the Oscar nominated The Bare Necessities, written by Terry Gilkyson) without ever having seen the movie. The voices of Phil Harris (Baloo), Sebastian Cabot (Bagheera), jazz man Louie Prima (King Louie) and menacingly bass upper-class of George Sanders (Shere Khan) are as familiar to us as many of our own family. It is a movie that has not only stood the test of time but straddled decades; is passed on to subsequent generations like some cherished and beloved heirloom and lights the faces of all who see it (I defy anyone to watch it and still feel morose or miserable after its enchanting 89 minutes are over); and holds a special place in the history of Disney (it was the last project Walt Disney took charge of). So why, one wonders, would that same studio risk millions of dollars on a flashy new version of Rudyard Kipling’s famous story when it is so much more cost effective just to live off the back of one of its classics? And is it possible to create something new and wondrous from a tale everyone knows and loves? 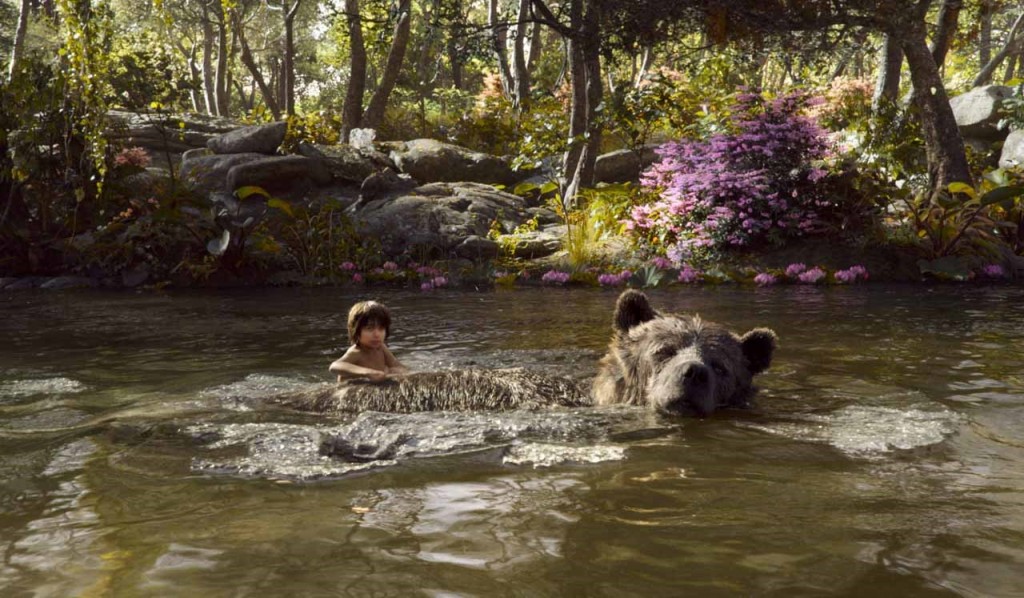 It is almost impossible to take your seat for director John Favreau’s new adaptation of The Jungle Book without some feelings of trepidation, the feeling that, somehow, this new version will sully your memories and muddy the reputation of one of your first loves. Let me put your fears to rest straight away: The Jungle Book is an absolute joy, a theatrical experience that adds to, rather than subtracts from, your love of the animated classic. It’s like discovering a new perspective of an old friend that makes you realise how deep and rich that person is in ways you’d never thought about before. And, believe me, no one is happier than myself to report this.

In case you didn’t know the story (unlikely), The Jungle Book tells of the adventures of a young boy, Mowgli (played with genuine charm and boyish intelligence by newcomer Neel Sethi) abandoned in the jungles of India, rescued by the avuncular panther, Bagheera (voiced by Sir Ben Kingsley) and raised by a wolf pack led by Akela (Breaking Bad’s Giancarlo Esposito) and his mate, Raksha (12 Years A Slave Oscar winner, Lupita Nyong’o). When the safety of the pack is threatened by the arrival of the damaged and vengeful tiger, Shere Khan (Idris Elba), it is decided that Mowgli should be returned to his own kind. So begins a journey in which the man-cub will meet such diverse and occasionally dangerous characters as the snake, Kaa (voiced here as exotically seductive by Scarlett Johansson rather than the comically sibilant Sterling Holloway), the power hungry King Louie (a giant Orangutan, or rather Gigantopithecus(?), played with Goodfella guile by Christopher Walken) and the blissfully mellow Sloth Bear, Baloo (a perfectly cast Bill Murray). There’s also a wonderful voice cameo by the recently deceased and much missed comedian, Garry Shandling as a porcupine with obvious obsessive compulsive desires. 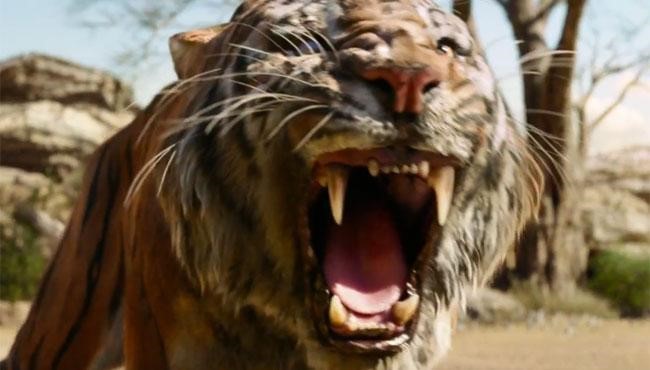 Jon Favreau brings fun, wonder, thrills and joy to the table and it’s easy to see why the director of Elf and Iron Man was hired, there are the best elements of both in The Jungle Book. Favreau understands not only that this should be a cinematic event but, also, a children’s tale that even the oldest child will find touches their heart. This could have been a horrible mis-step by trying to bring the movie up to date with darker, more adult themes and action (I’m looking at you, Batman V Superman), but The Jungle Book understands the difference between adventure and action. The set pieces are incredible, such as Mowgli’s escape from Shere Khan during a water buffalo stampede and the climactic forest fire showdown, but there are quiet moments and sequences full of fun and warm humour that stick in the mind just as well.

The script (by Justin Marks) is deceptively simple, what appears to be a straightforward adventure story contains deep and complex themes and motivations especially when it comes to the villains. Railing against those story beats and characters that are dropped from the animated version, such as the “Scouser” vultures, would be petty when there is so much great stuff added such as the Water Truce and the primal, almost force-of-nature significance of the elephants. The Jungle Book breaks the constraints of being a word-for-word remake which allows it to breath freely and this is one of its many strengths.

Yes, there are a few scary and intense scenes that may not be suitable for pre-school children but that’s a judgement call parents should make, obviously many parents will know better than I what upsets their kids, just a nudge in case your little ones are a touch sensitive.

At times it is hard to believe that the entire film was shot in a warehouse somewhere in Los Angeles and that those aren’t real and really dangerous animals, such is the craftsmanship and technical know-how on show. It’s a beautiful, beautiful film and everything on show is a feast for the eyes and ears. The animals are most definitely animals, rather than anthropomorphised caricatures, they move and behave exactly as animals (despite the fact that they talk, obviously) and take the photo-realism of Life of Pi to the next level. Every one of them is there to move the story forward rather than to dryly showcase the technical know-how of the animators. 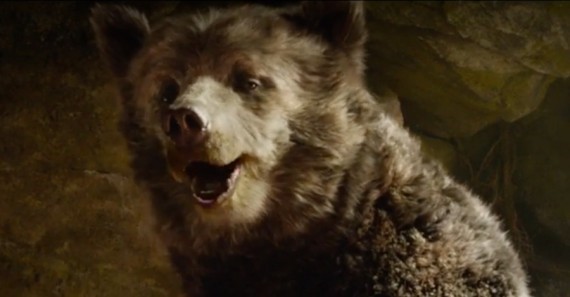 The Jungle Book is a theatrical experience writ large and you’ll want to see it on the largest and best screen available, you don’t want to be watching on your telly in six month’s-time wishing you’d gone to the cinema (I also wonder if the downscaling of the experience will reveal the film’s episodic nature to its detriment). Also, if you choose to watch in 3-D (a tricksy, gimmicky format I’m usually opposed to except for, maybe, Gravity) you’ll experience an incredible depth of field and beauty to the digitally created landscapes rather than the usual stick-poking gags and things flying out of the screen. You’re not looking at a jungle, you’re in a jungle.

If you only visit the cinema once this year, make sure you spend your hard-earned sheckles wisely and go see The Jungle Book. Forget about your worries and your strife.